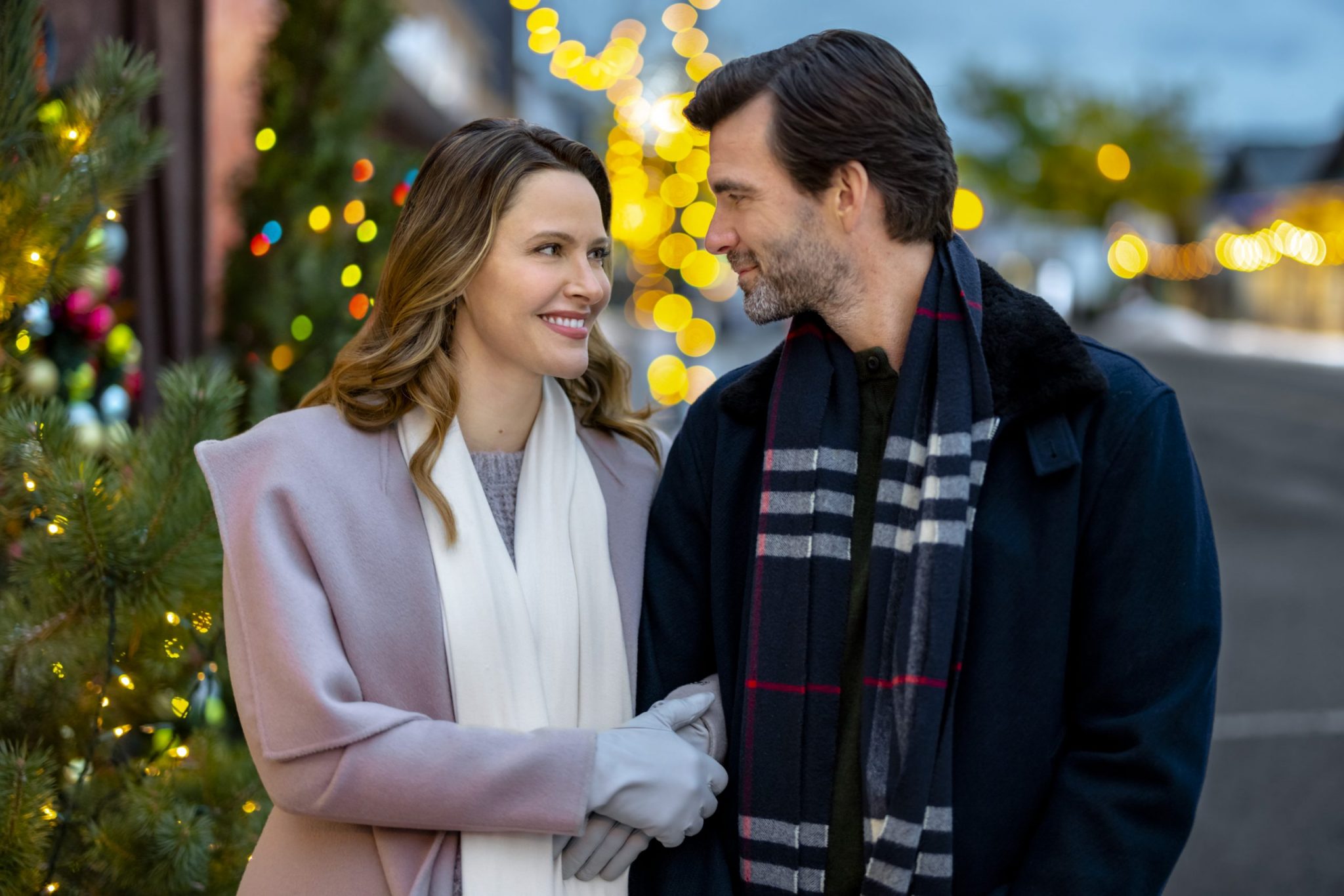 Are you ready for a Miracles of Christmas story? Hallmark’s The Angel Tree stars Jill Wagner (Hearts Of Winter, Stargate Atlantis) and Lucas Bryant (Country At Heart) in a movie about Christmas wishes.

What do you wish for this Christmas?

What Is Hallmark’s The Angel Tree About?

According to the Hallmark press release, Rebecca (Wagner) is a magazine writer with a special assignment. She needs to uncover a mysterious benefactor. Turns out, Rebecca grew up in Pine River, where there was a very magical tradition. Every single holiday, The Angel Tree appears in Pine River’s town square. Out of nowhere! This is when the “magic begins.”

The Pine River townsfolk write down their wishes. They put them on the tree. Magically, they come true. That is because a mysterious benefactor grants those wishes. Rebecca’s assignment is to figure out who that benefactor is.

Rebecca has a personal reason to uncover the identity of the benefactor. She once put a wish on The Angel Tree. It was to stay in town. But, that wish never came true.

Meanwhile, Rebecca reconnects with Matthew (Bryant), an old friend in Pine River. Matthew isn’t just there to reconnect. He is trying to keep Rebecca from finding out the truth. Matthew believes the benefactor’s identity should remain a secret, and he prevents Rebecca from uncovering the truth.

Moreover, as Rebecca gets closer to the truth, she finds her own personal truth. She rediscovers her own need for community, family and “the magic of the Angel Tree.”

According to the Salmon Arm Observer, some of The Angel Tree was filmed in Summerland, BC. Hopefully, the local Canadian residents were friendlier this time around. Just a few months ago, they protested American flags being used for a movie that was filmed there.

When Can You Watch The Angel Tree?

Hallmark’s Movies & Mysteries offers up the Miracles of Christmas every season. These are more emotional movies that touch the heart and awakens the spirit. Don’t forget to check out Holly & Ivy, The Christmas Bow and Deliver by Christmas.

Most of all, don’t forget to watch the premiere of The Angel Tree on Saturday, November 21, at 10 p.m., Eastern.