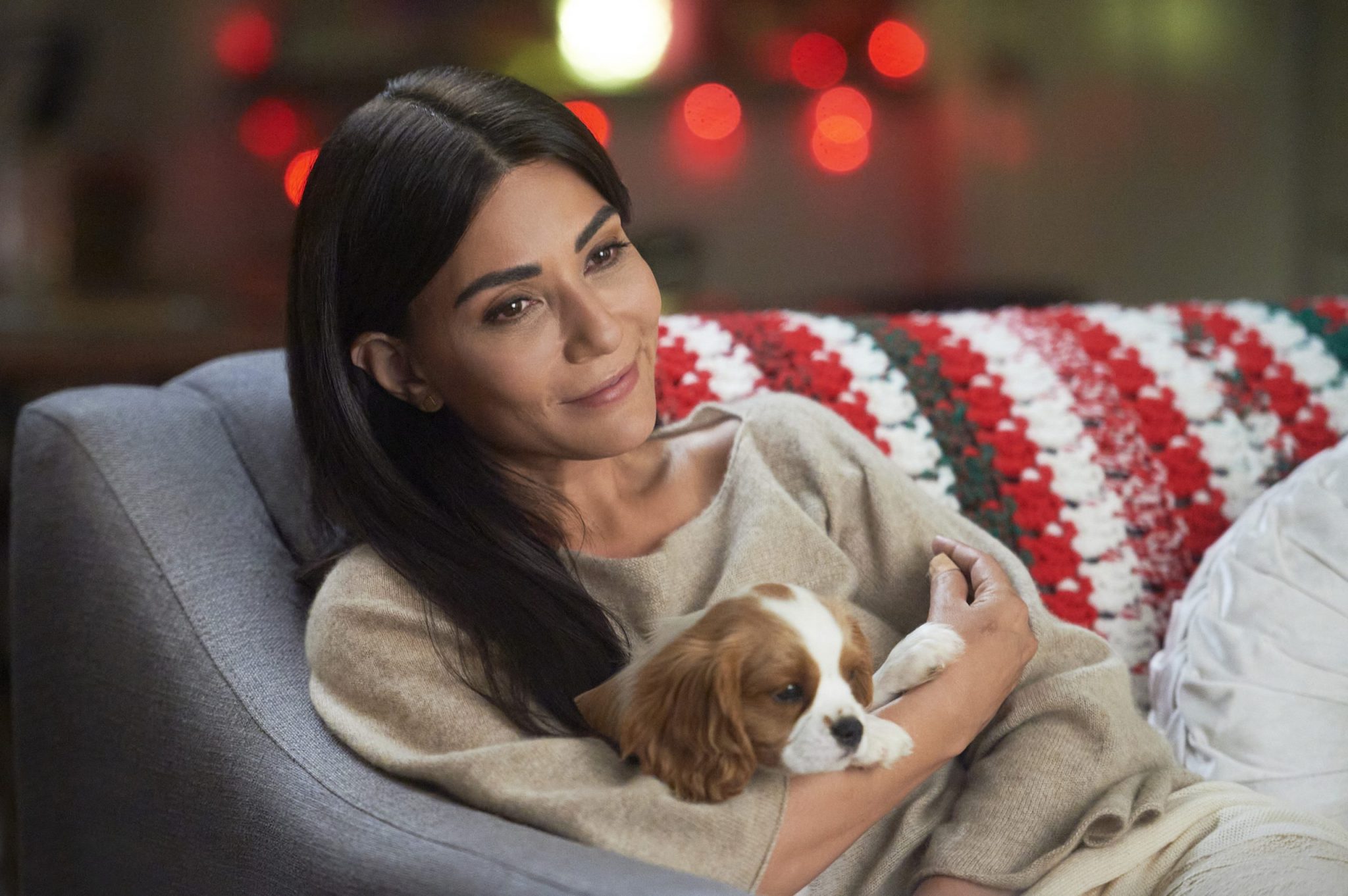 Hallmark’s Holly & Ivy is a touching story about the foster care system, and how important it is to help others in need. Starring Riverdale’s Marisol Nichols, Janel Parrish (Pretty Little Liars), and Jeremy Jordan (Smash), this is the Miracles of Christmas story that will touch your heart.

What Is Hallmark’s Holly & Ivy About?

According to the Hallmark Movies & Mysteries press release, Melody (Parrish) moves into a fixer-upper. A former foster child, she wants to fill her house with people. She has already started making friends. Melody has become good friends with her neighbor, Nina (Nichols).

Early on, Nina learns that her illness has returned. She is worried about putting her two daughters Holly (Sadie Coleman, I Think You Should Leave with Tim Robinson) & Ivy (Piper Rubio, Coop and Cami Ask the World) through the pain of watching their mother go through treatment again. Worst of all, Nina knows she cannot care for her daughters. She cannot focus on her health while worrying about her little girls.

Melody knows from personal experience how important it is to help out. She wants to take care of Holly and Ivy, while Nina battles her lymphoma. But, Melody has a problem. The state will not approve her home for the girls until she is able to fix a bedroom. She needs a village to turn her fixer-upper into an approved place for these two young girls to live.

Thanks to some Christmas magic, her lovely neighbors and a very good-looking contractor, Adam (Jordan), she may be able to foster the two girls.

Get To Know Sadie Coleman, ‘Holly’ In Holly & Ivy

This is the first Hallmark movie for Holly & Ivy star Sadie Coleman. According to the Del Mar Times, the 12-year-old actress sings, dances and acts. She shared a bit about her role as Holly. She admits that although Holly and Melody have a “good bond,” she is “curious and suspicious” about her mom. Holly knows that “something” Is going on with her mom.

But the seventh grader promises that this is a “sweet” movie  that includes Christmas magic and a puppy. Despite filming during the Covid-19 pandemic, in Utah, under some intense 107 F heat, she had a great time.

Most of all, she really bonded with Janel Parrish. The former DWTS contestant and Coleman bonded over their shared youth theatre experiences. Now, they are Instagram pals.

When Can You Watch Hallmark’s Holly & Ivy?

Hallmark has just made a time change for the Miracles of Christmas movies. These are the movies shown on Hallmark Movies & Mysteries. They have moved the time from 9 p.m., to 10 p.m. Eastern. The movies on this channel often are more emotional, and Holly & Ivy promises to be at the top of that list.

Karen Derrico Meets Donor Family That Saved Her Daughter’s Life
TLC Makes A Decision – ‘MBFFL’ Renewed Or Canceled?
‘The Young And The Restless’ Spoilers, June 11-14: Summer Needs To Watch Her Back
Loren Brovarnik Gets ’90 Day Fiance’ Fans Raving About Her Style
UFC Fighter Challenges Kim Kardashian To A Fight