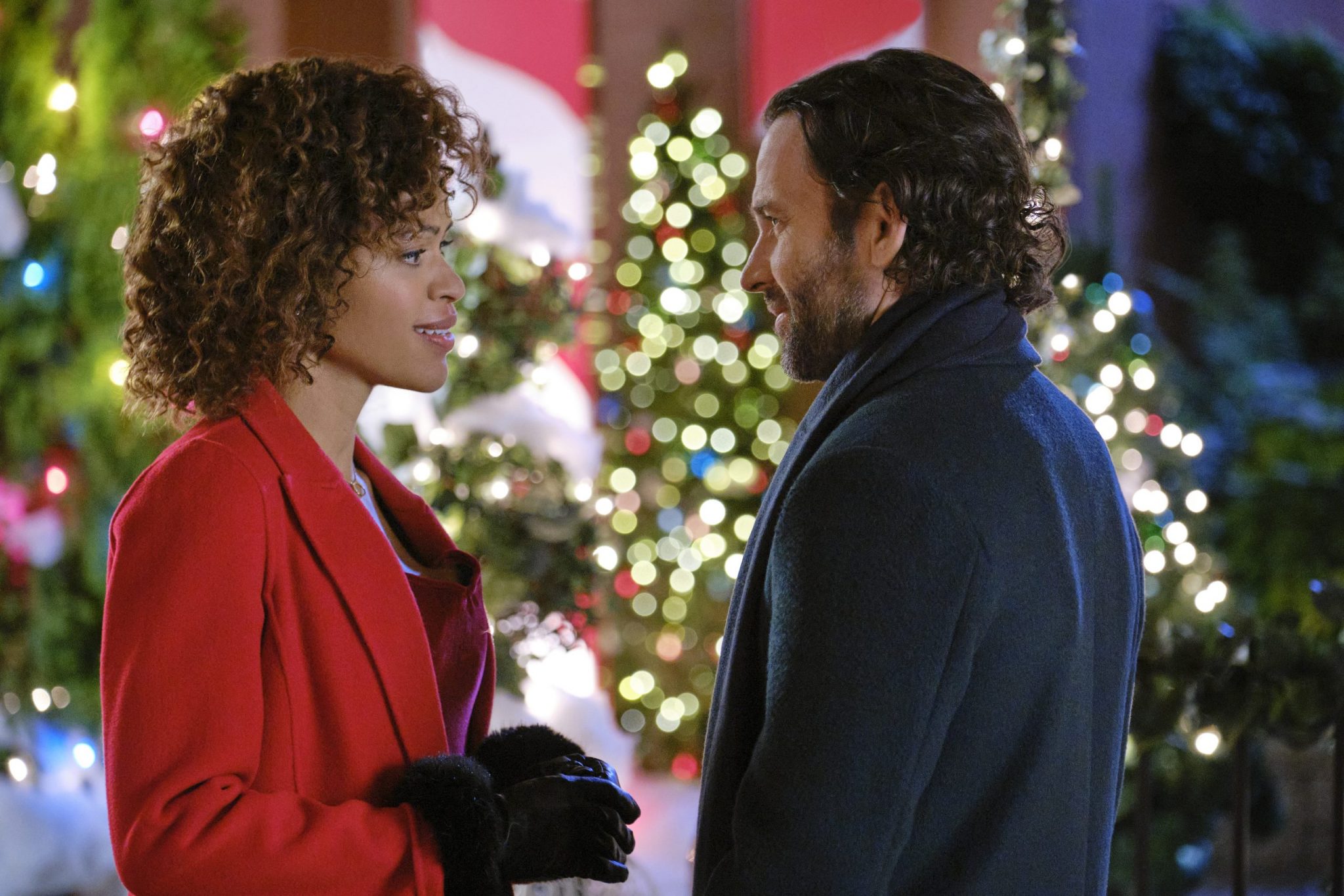 Deliver By Christmas is an upcoming Miracles of Christmas on Hallmark Movies & Mysteries. Starring Alvina August (Nancy Drew) and Eion Bailey (Once Upon a Time), could a wish become a miracle?

What is Hallmark’s Deliver By Christmas About?

According to the Hallmark press release, small-town baker Molly Ford (August) has had a moratorium on dating for quite some time. But, it appears that she now has taken an interest in two men.

The first guy is Josh Harling (Bailey), whose main focus is his son, Charlie (Kesler Talbot). Molly and Josh clearly have a connection. But Josh is still dealing with the feelings of loss of his servicemember wife.

But, Molly also feels that “special connection” with another very charming man who is coordinating the town’s annual Christmas festival. Turns out, they are one in the same man.  Meanwhile, young Charlie recorded something very special on his Christmas teddy bear. He wants his father to find love by Christmas, and he thinks his new teddy is magical.

As the festival approaches, Molly and Josh get close. Will Charlie’s wish come true?

When Can You Watch Hallmark’s Deliver By Christmas?

Hallmark has just made a time change for the Miracles of Christmas movies. These are the movies shown on Hallmark Movies & Mysteries. They have moved the time from 9 p.m., to 10 p.m. Eastern. This is an hour later. the movies on this channel often are more emotional.

Now you no longer have to pick. You can watch both premieres on the same night! Best of all, you can tweet with the stars and read what other Hallmark fans have to say.

When Does Miracles Of Christmas Start?

Miracles Of Christmas starts On Friday, October 23. The first 2020 movie premiere is on Saturday, October 24 with Christmas Tree Lane. Is it too late to rewrite your life story? This movie stars Alicia Witt and Andrew Walker. This is a story about making dreams come true.

This script was written by Witt. In addition, she wrote original music that she performs in the movie. This is a highly personal movie that Witt is excited to share with her Hallmark audience.

In addition, don’t forget to catch the Deliver By Christmas premiere on Sunday, October 25, at 10 p.m., on the Hallmark Movies & Mysteries Channel.