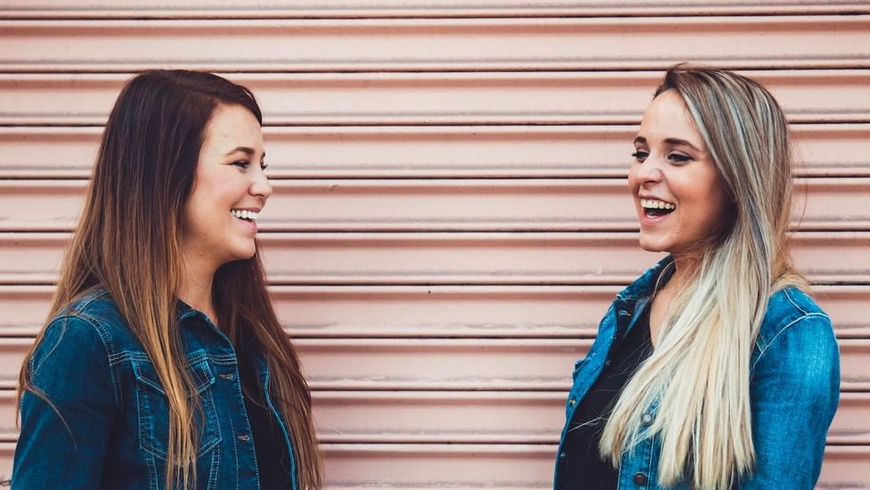 Two Duggar sisters reunite in the upcoming episode of Counting On. In the first episode of Season 11, Jinger and Jeremy Vuolo moved from Laredo, Texas to Los Angeles, California. Because of how close the whole family is, this is a big adjustment. In this new episode, which airs Tuesday, July 14 at 9/8c on TLC, Jana pays a visit to Jinger.

In an exclusive clip from PEOPLE, the sisters go shopping on Rodeo Drive. While they’re shopping, Jana talks about how Jinger’s style is a little more colorful than her own. So, Jinger tries to encourage her older sister to try on some brighter pieces. While Jana decides not to buy anything, Jinger ends up splurging on a $300 jacket. This might come as a shock to Duggar fans who know that the family is rather thrifty.

Counting On fans can look forward to seeing Jana and Jinger hang out together. Of course, there’s plenty more ahead in the upcoming episode and the rest of the season.

We don't normally wear matching outfits, but when we do, we go with denim jackets. Love you, @janamduggar ❤️

What’s in store for the Duggar family in Counting On Season 11?

The Duggar family’s show is currently in its 11th season. Prior to Counting On, the family had other TV shows, including 19 Kids & Counting and others. Over the years, the family has racked up a lot of viewers. Fans enjoy seeing how such a large family lives their lives. Plus, over the years, fans have gotten to know the kids and like following them as they grow up.

On July 7, two episodes aired on TLC. The first one was a coronavirus special, which revealed how the family dealt with the pandemic. As the family is close-knit, this was a big change. But, they made it work. That first episode is technically a special, so it isn’t the first episode in the new season. Episode 1 aired after the special, and it featured Jeremy and Jinger’s move to Los Angeles. Plus, it included John and Abbie Duggar’s gender reveal.

The new season is sure to be filled with all kinds of exciting moments. There’s even a possibility of a courtship, but the details aren’t public yet. Sadly, Joy and Austin Forsyth won’t be a part of Season 11. But, fans can look forward to seeing the rest of the family on the show.

So, what do you think of the clip from the upcoming episode? Will you be watching it? Share your thoughts below.

Don’t miss new episodes of Counting On Tuesdays at 9/8c.

Nick Viall Shares Dating Advice With Fans On Instagram
Wait, What? Does Isabel Roloff Plan To Raise Her Baby In A Van?
Jim Bob Duggar RELIEVED TLC Contract Gags Family From Spilling The Truth
‘When Calls The Heart’ Season 9 Has Started Filming: All The Details
Lauren Luyendyk Hospitalized Weeks After Giving Birth To Twins