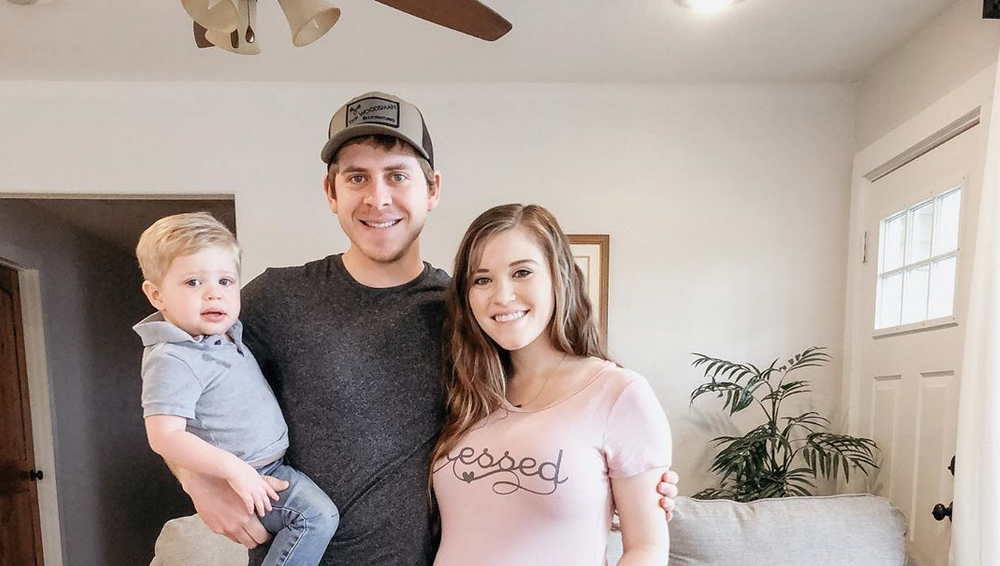 New details about the upcoming season of Counting On have been released. But fans were quick to notice that some of the family members aren’t in the teaser. Specifically, Duggar fans point out that Joy-Anna Duggar and Austin Forsyth only appear in large group settings. They don’t seem to have a major storyline. In the promo photo, Joy and Austin aren’t featured. This comes as a shock, as the couple has been a part of the show for a while. Plus, they haven’t officially left the show or made an announcement.

Katie Joy of Without a Crystal Ball on YouTube mentions the couple’s lack of presence in the new season. In her video, Katie reveals that an insider talked to her about this previously. Apparently, Joy and Austin will only be present for special occasions, such as birthdays and holidays.

So, Katie explains, “According to my source, Joy and Austin are ready to move on. That doesn’t mean they’re necessarily ready to move away from the family, but rather they want to spend time with their family and work on their goals and their businesses. Austin is a contractor and he has all kinds of businesses that he runs.”

Who else is missing from Counting On?

In Katie’s video, she talks about how Anna Duggar is no longer a part of the show. After her husband Josh Duggar’s scandals came to light, she and Josh were no longer a part of TLC. For a couple of seasons, Anna was featured. But, now it looks like she’s been scrubbed from the show again.

Fans will remember that Jill and Derick Dillard are no longer on the show either. The couple has been missing from the show for a couple of seasons now. So, this doesn’t come as a surprise.

When does the Duggar family return to TLC?

The details for the new season were released last week. Now, fans are eagerly awaiting the release of the new season. The whole thing was up in the air and there was no word on either a renewal or cancelation. So, the news of the new season of Counting On is well-received. The show will return to TLC on Tuesday, June 30.

The new season promises plenty of babies and big life moments. There’s even the possibility of a courtship, per the press release. While details aren’t public on that possible courtship, there’s speculation that Jana Duggar is courting.

According to the Counting On press release, “Jessa and Ben struggle to keep three kids entertained while making the best of the situation at home. Jinger and Jeremy deal with the California restrictions, which are far stricter than those in Arkansas. Meanwhile, Jim Bob, Michelle, and the rest of the kids adjust to self-isolating when they have more than 10 people at home. Later, the entire family comes together for a family fun night…via video chat!”

So, will you be watching the new season featuring the Duggar family?

Don’t miss Counting On when it returns to TLC on June 30. Stay tuned for more details.

‘Little People, Big World’ Fans Annoyed: ‘Negative Amy Roloff Is Back’
‘The Bachelorette’ 2021 Spoilers: Reality Steve Reveals If Katie Thurston Is Engaged
What Has ‘Sister Wives’ Star Janelle Learned From Kody’s Other Wives?
The Bold and the Beautiful Spoilers, May 17-21: Liam Starts To Lose It
Did ‘Bachelorette’ Katie Thurston Just Spoil Her Own Season?