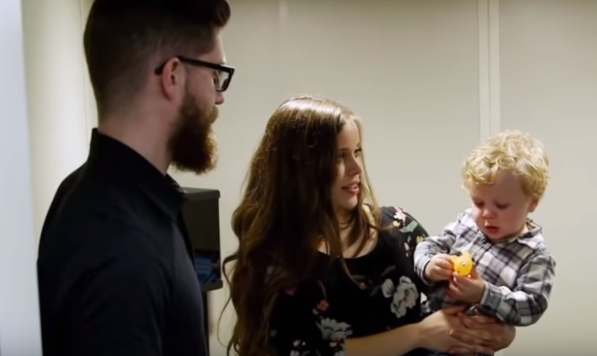 Jessa Duggar comes from a pretty big family. Her parents, Jim Bob and Michelle Duggar, have 20 children, 19 are biological, one is an adopted relative. Now, Jessa and her husband, Ben Seewald, live on their own.

Seewald has hinted that a family as big as Jessa’s isn’t ideal. If that’s something they decide they want, there will need to be some changes.

Jessa was the third of the Duggar kids to get married, Jill and Josh were the first two. Her and Seewald tied the knot in 2014 after courting for almost a year, one of the longer Duggar courtships. Since getting married, they’ve had three kids: Spurgeon, Henry, and Ivy Jane. For a Duggar family, it is not uncommon for them to have three children in five years. After being raised among so many siblings, it’s pretty likely to happen. But, Seewald has seemed to make it clear that 19 kids are not what he wants.

Jessa Duggar is the fourth of all the kids and the third daughter in the family. Growing up, she was homeschooled by her mother among her siblings. As she got older, she helped her mother homeschool her younger siblings. In the past, Duggar has said she would like as many children as her mother, adopting a few children as well. However, now that she has three kids under the age of four, these thoughts might have changed.

Their House Is Just Simply Too Small For That Many People

“The bathroom would be in constant use; you’d have to start maybe two days out just to get everybody showered for church on Sunday.”

Jessa Duggar found the comment funny but didn’t say if she agreed or not. They’ve been on a roll with having kids, so it wouldn’t be out of the ordinary for them to have a few more.

The couple seems to love children, so they’ll have a large family more than likely. But, based on what Seewald has said, he is definitely not looking to have 19 kids. The couple also just added a new deck to their home, so relocating doesn’t look like it’s in their near future. If that’s the case, they won’t be bringing in a family as large as the Duggars. Though, anything could happen. Maybe they’ll one day build a house as large as Michelle and Jim Bob’s 7,000 square-foot country house.