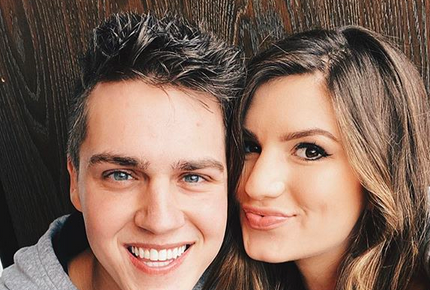 As reported by TV Shows Ace, Lawson Bates and Jana Duggar were spotted together in Tennessee. It appears that the two of them were visiting with Lawson’s sister, Carlin Bates, and her husband, Evan Stewart. Naturally, because Lawson and Jana were hanging out, fans started to speculate about a potential courtship. Though it’s still unclear whether the two of them are a couple, fans are hopeful. But, Jana isn’t the only Duggar in Tennessee right now. Johannah tagged along and she was pictured with Lawson.

Based on social media posts, some of the other family members are visiting the Bates family in Tennessee. This includes Josiah and Lauren, along with their daughter, Bella. In an Instagram story, which Josiah recorded while Lauren talked, they shared their location. They were at a children’s boutique in Tennessee. In the video, they mention that they’re in “babyland” with all of the baby items there. Plus, they added that they are in Tennessee visiting Carlin.

So far, they haven’t shared an update. For some reason, Carlin and Lauren aren’t sharing pictures of their visits together. Maybe some pictures will come out soon. 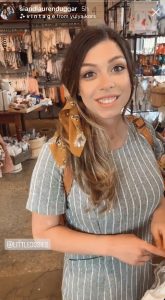 Why are the Duggars visiting Carlin Bates?

It’s unclear why exactly the families are meeting up. They haven’t come right out and revealed that to their followers. It’s possible that they’re just catching up and were able to get together.

Or, the Duggar kids might be meeting Layla for the first time. Since they don’t live near each other, this might’ve been the best time for them to meet Carlin’s baby girl.

Of course, because Jana and Lawson were seen together, it’s possible the families are coming together for something bigger. Are the two of them finally courting?

James and Jason Duggar help with tornado cleanup in Tennessee

On social media, the Duggar family revealed that James and Jason are in Tennessee helping with the tornado cleanup. It’s not obvious whether they’re still there though. They could’ve gone home before Jana, Lauren, Josiah, Bella, and Johannah arrived.

Lawson also headed to help out with the tornado cleanup. In the past, the Duggar and Bates men have come together to volunteer.

Carlin and Joy-Anna are super close. So, it’s no surprise that Joy-Anna was one of the first people to travel to Tennessee to meet Carlin’s baby. She spent some time there, as reported by TV Shows Ace. But, she didn’t go along on this trip. She’s since shared photos of herself back home in Arkansas.

Are you hoping to see more pictures of the Duggar kids’ trip to Tennessee? Are you curious about Jana and Lawson? Share your thoughts below.