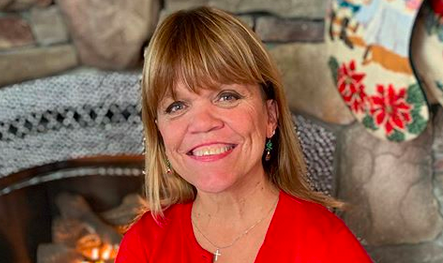 On Monday afternoon, Little People, Big World star Amy Roloff gave fans an update. There have been some big changes in the LPBW matriarch’s life. Fans are excited to hear from Amy and see how things are going for her. They know that she is currently engaged to her longtime boyfriend, Chris Marek.

In her post, which she shared on both Facebook and Instagram, Amy talked about her new home. She has recently left Roloff Farms, which is where she and her family lived for years. She also shared about the upcoming season of the show, which will air on TLC. Amy posted about her Sunday brunch in her new house.

Amy shares about her new home

In her post, Amy talks about living in a neighborhood. She says that it was time for a change and that she’s adjusting to it all. She said that she is ready for this big change, even if it might hit her later on. The LPBW mom also added that she likes her new house.

She went on to talk about the change from living on the farm. Amy says that she has until the end of January to continue moving out of her old home. Chris has been a big help with all of the moving she has to do. In addition to moving, she and Chris have been working on all kinds of projects at the new place.

She also mentions that a big part of this move is purging a lot of her old things. She says that this is both difficult and good. It’s likely that she’s reflecting on living at the farm and the life that she had. Still, it’s giving her a chance to have a fresh start.

Sunday brunch in the new house😊. Woohoo! It’s been an adventure so far, definitely another BIG change in my life, after…

When will LPBW air on TLC?

At the end of her post, Amy revealed that LPBW will be airing on TLC very soon. She wrote, “Oh yeah more of All the details on my move will be a new season of @tlc #littlepeoplebigworld when new season episodes air maybe sometime in the spring. 🎉😄🎉” Fans are excited to see more of Amy’s move and her new home.

Previously, Matt, Amy’s ex-husband, shared that the show was filming. That was a while ago, but, at the time, it was assumed that the show would air in the spring. Be sure to stay tuned for more details about the show and its premiere date. An exact date is still yet to be announced.

The upcoming season will feature Chris and Amy, as well as Matt and Caryn. Tori and Zach will be on the show too, featuring their son, Jackson, and new baby girl, Lilah.

What do you think of Amy’s update? Are you looking forward to seeing the next season of Little People, Big World? Leave a comment below.