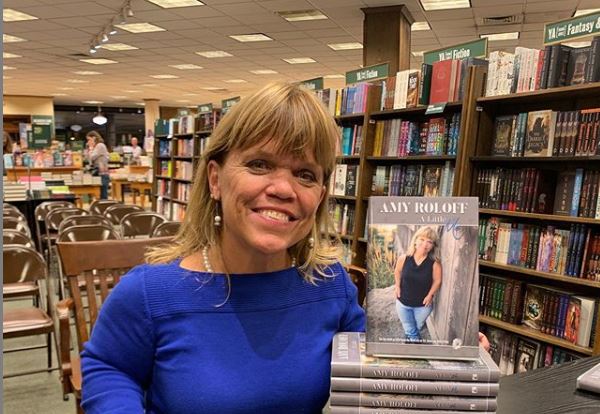 Little People, Big World star Amy Roloff has exciting news. It turns out that she is engaged! After thinking that she would never get married again, it is going to happen. People shared the details about her ring, engagement and more.

Chris Marek took Amy to their favorite restaurant one day after her birthday to pop the question. It happened on Wednesday night. The couple is just now sharing the information and Amy made a statement.

“I’m excited, I’m so surprised, I’m thrilled! I never in a million years thought I’d be getting married again, but I also hoped for it! Now that it’s happening, I couldn’t be happier or more excited.”

Chris got her a heart-shaped diamond. He revealed that he knew this was the type of ring that Amy Roloff would want so that is why he chose it.

Just a few more photos from the celebrating the love of Jacob and Isabel from their wedding. I’m so blessed. It was a beautiful wonderful day a beginning of a life long journey together. 😊💗🎉💗😊. #amyroloffssecondact #rockandroloffwedding #moniqueserraphotography

Could this air on the show?

Amy Roloff didn’t share if the cameras were rolling when her big engagement happened. It has already been shared that Little People, Big World is coming back for another season. That means that there is a pretty big chance that it will air on the show in the upcoming season.

Amy Roloff shared before that marriage is important to her. Chris, of course, had to know this about her. Here is what she had to say.

“Even though I’m divorced, I still value and will hold up high the whole concept, the reason, the purpose that marriage is here. And if by chance I get to do that again, I would still put everything that I can, as best as I can, to make it work.”

“Chris doesn’t express commitment. It’s definitely more of an indirect way, so, you know, I was pleasantly surprised that he is open to marriage. I’m not here to push him, I’m not here for him to do something that he is nowhere [near] ready for. But if marriage is meant to happen for me again, the second time, then I would sing ‘Hallelujah.’”