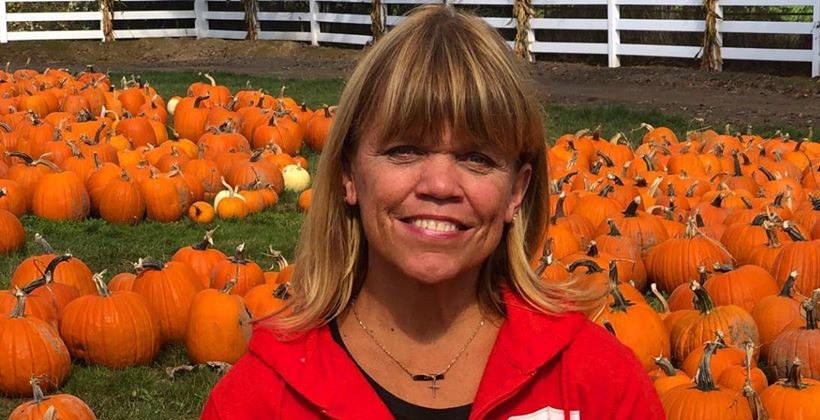 Amy Roloff from Little People, Big World reportedly purchased a new home close to Roloff Farms. The 55-year-old Roloff matriarch apparently finally made a decision on where she’s going to live off of the family farm. During the last season of LPBW, Amy Roloff announced that she had decided to sell her portion of Roloff Farms to her ex-husband, 58-year-old Matt Roloff.

Amy Roloff has been looking for a home to purchase for a while. TV Shows Ace previously reported in July that Amy lost out on purchasing a home that she had her heart set on. Amy had actually even put an offer down on this house but was beat out by a higher offer. According to Amy, she had already been looking for a home for more than six months.

The search continued, and Amy Roloff reportedly bought a home in Oregon, according to Radar Online. The Radar report shares the details surrounding Amy’s home purchase. However, no photos of the inside of the home are included, much to the disappointment of LPBW fans. Chris Marek, a real estate agent, as well as Amy’s fiance, allegedly sold her a nearly 4,000 square foot home for close to $600,000.

“Her new house boasts five bedrooms and four bathrooms and takes up an area of 3,767 square feet.”

TV Shows Ace shared just a few weeks after Amy made the new home purchase that she wasn’t going to be living on Roloff Farms for long. If the Radar Online report is correct, Amy will soon be leaving the large farmhouse where she raised her four children. But, Amy reportedly won’t be moving too far away from the 36-acre Roloff Farms that’s been her home for nearly 30 years.

A lot has happened to me this past week and a half (more later)but I wanted to share again A beautiful event that happened in my life. I never had a clue or expected it. Chris and I celebrated our 3rd year anniversary of dating last Wednesday. And to my wonderful happy surprise he proposed and asked me to marry him! ❤️🎉❤️. I couldn’t believe it it! I cried, he had tears and of course I said YES! ❤️💍❤️. I’m engaged and couldn’t be happier. I love this man so much. ❤️. Of course, A day later i had to celebrate the news w/ two of my closest friends – Lisa and Debi 🎉😊🎉. I’m blessed. I’m happy. I’m so looking forward to continuing our life journey together. #ilovethisman #imblessed #journeyofamyrandchrism #amyroloffssecondact #engaged #2021

Amy Roloff said in a Facebook live video that she won’t actually be ready to move until November of this year, at the earliest. Radar also notes that Amy said in a live video that she does plan to move in with Chris before they get married. However, Amy reportedly purchased her new home alone and is reportedly listed as the sole owner on the home’s deed.

The Hollywood Gossip shared that Amy’s new home sits in the same neighborhood as Roloff Farms. In fact, Amy will be living only 15 minutes away from Roloff Farms in Hillsboro, a suburb of Portland, Oregon. Amy often shares videos and photos of herself taking long walks on the sprawling Roloff Farms acreage. Amy also often comments on how much she enjoys nature and the changing seasons on the family farm. When Amy moves into her new home, she’ll only have .16 acres to enjoy — a major downgrade of land to explore.

Filming is currently underway for the upcoming season of Little People, Big World. Viewers will more than likely get to see Amy Roloff’s exhausting search for and purchase of her new home. New seasons of LPBW usually air in the spring. So, fans can probably expect Season 20 in the spring of 2020.