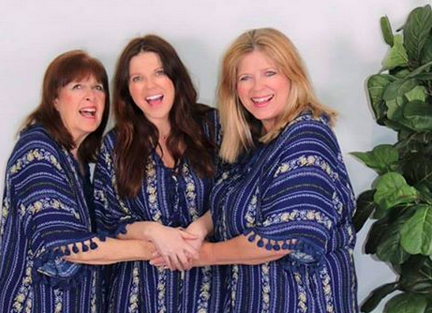 The season finale of TLC’s Counting On aired Tuesday night. In the 2-hour episode, a lot happened for the Duggar family. One of the biggest moments was the wake and funeral for Grandma Mary Duggar. In addition, the episode included both Lauren‘s and Kendra‘s birth specials.

Amy King is a cousin of the Duggar children. Her mother, Deanna, and Jim Bob, are siblings. Grandma Mary was Deanna and Jim Bob’s mother. All of the family members were close with Grandma Mary. Amy was especially attached to her.

On Tuesday, Amy posted a new video on social media, featuring pictures of Amy with Grandma Mary throughout her life.

The Duggar cousin wrote, “mema. It’s ok to request to grieve in private.. it’s ok to not want to be shown. I was a mess that day, and even though it was a celebration of her life it was still probably the hardest day I’ve ever had. Not a day has gone by where I don’t think of her, she wasn’t just a Gma to me but more of a best friend. 🌈 She was so so loved… and I’ll cherish every memory I have of her.”

It's ok to request to grieve in private.. it's ok to not want to be shown. I was a mess that day, and even though it was a celebration of her life it was still probably the hardest day I've ever had. Not a day has gone by where I don't think of her, she wasn't just a Gma to me but more of a best friend. 🌈 She was so so loved… and I'll cherish every memory I have of her. #untiliseeyouagain #puddinpop #sweetiebabe

On her Instagram stories, Amy showed her appreciation to Duggar fans. In reaction to the new video, her followers are giving her a lot of love and support. In a story, Amy says, “I just want to say, y’all, it is so touching to receive so many, so many messages about my grandma. Everyone knows that her and I were very very close. And, tonight is the episode of her funeral or celebration of life. So, if you watch it, you will see how much she is truly loved, so, so missed.”

She continues, “But I just wanna say that, on a day like this, where it’s all over the media, and it’s all over TV, and everyone’s just sending you messages, the ones that are like, ‘I’m praying for you’ and like ‘Dax would’ve loved her’, and all those comments really help me stay strong.”

How to watch the season finale of Counting On

It’s expected that the show will return sometime in 2020. An official renewal or cancellation has yet to be announced. Based on the show’s performance, it’s likely that a renewal will happen soon. Stay tuned for new details about another season of Counting On from TV Shows Ace.

If you watched the episode, share your thoughts in the comments below. What did you think of this season? What are you expecting to see next for the Duggar family?