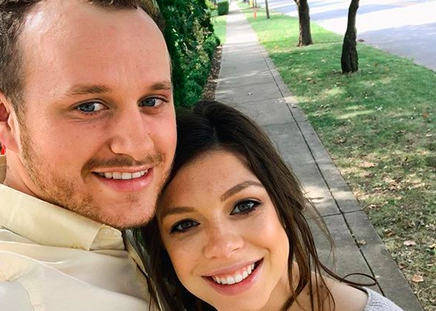 Counting On isn’t quite up to date with the Duggar family. This is due to production time. Of course, a lot of things happen in the family members’ lives throughout a season. And, not everything is able to be produced in time for it to air on TLC.

For this reason, TLC has been creating birth specials that are available to watch on their website. Recently, Kendra’s birth special, featuring the birth of Addison, was shown on TLC’s website. On Monday, December 9, Lauren’s birth special went live on the website too.

To watch Lauren’s birth special, you should head to this link. You will be able to find the two-part birth special featuring the birth of Bella Milagro.

Now, Bella is one month old. She and her family seem to be adjusting well. Duggar fans love to see updates from Josiah and Lauren via social media.

If you have been following the Duggar family for a while, you likely know that Derick and Jill Dillard are not a part of TLC’s Counting On. There has been a lot of controversy and drama surrounding their exit from the show. Since they left the show, fans have had to follow along via social media instead.

Fans are excited that Jill has been a part of a couple of birth specials, even though she is no longer on TLC. She was a part of Jessa’s recent delivery in addition to Lauren’s.

In Lauren’s recent birth special, Jill can be seen comforting her sister-in-law through her difficult labor. Jill says, “There you go, Lauren. Relax right here on your shoulder. Relax. Beautiful. Down and out. Think, down and out.” She also touches Lauren’s shoulder and head and offers comforting words.

Fans were surprised to see that Jill made an appearance due to the seemingly rocky relationship she has with the Duggar family. Still, it must have been important to Lauren that Jill was there.

Jill seemed to be very helpful in both Lauren’s and Jessa’s recent deliveries. Fans are interested to see if she will be at the next Duggar baby’s birth, which is John and Abbie’s baby who will arrive in January.

Have you watched the birth special? What did you think? Were you surprised to see Jill as a part of the special? Leave a comment below.

Counting On airs on Tuesdays at 9pm ET on TLC.