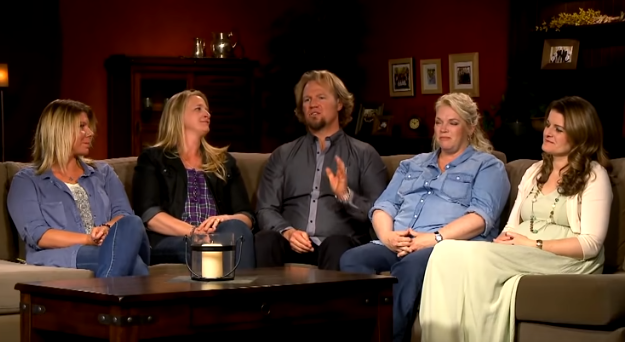 In January, fans of Sister Wives are getting the 14th season. TLC released a preview on Sunday, so now viewers have an idea of what to expect our of the new season. In the preview, viewers saw one of Kody Brown’s wives being forced to leave her rental home by her neighbors.

In the conclusion of Season 13, Brown moved his four wives – Christine, Meri, Robyn, and Janelle – to Flagstaff, Arizona. Christine bought a home because rentals that would allow pets were not available. Since she owns her home, the other three are potential candidates who could have been kicked out. The trailer did not disclose who it was.

It seems the family is facing a financial problem, Kody trying to relieve this issue by moving all the wives into one giant home. But they don’t seem so sure of the idea. This is all while facing issues when attempting to divide up the family’s property.

“I would happily live next door to [my sister wives] for the rest of my life. Absolutely,” Christine Brown said. “With them? No, no. Have you met them?”

Christine has been the most vocal about her dislike of the idea of all the wives under the same roof. She shared on Twitter that “It was not happening.”

Robyn and Meri have both moved once already, due to their original rental homes being sold by the landlords. One of them would most likely be who had to move due to their neighbor’s urgency.

According to PopCulture, two landlords were not permitting the show to film on location. This limited the areas where the season could be filmed, so they bought a warehouse to use as a set. This spot served as where they filmed the Tell-All, allowing Kody Brown’s family to conduct their sit-around interviews.

It has not yet been determined who those two homes belonged to. Since Robyn’s home was shown in the previous season, it’s likely not her’s. The home was seen when she moved in, the neighbors even appeared in the episode. This leaves Meri and Janelle as the only two who they could possibly belong to.

Amid this possible unexpected move, according to The Hollywood Gossip, Meri and Kody are still dealing with unresolved issues and have gone back into therapy.