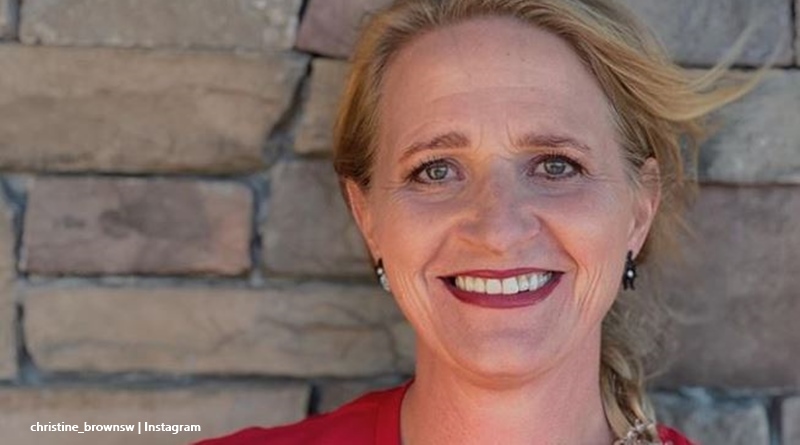 Sister Wives fans watch the TLC show because polygamy is not all that common. Many fans can’t get their heads around the women who share one man.  Christine Brown looks happy on the show, but her estranged aunt disputes that. Plus, she wants her niece out of polygamy and says she lives in a cult.

TV Shows Ace reported that Meri and Christine have issues. In the last season, we saw Christine tell Meri she’s uncomfortable with her around as she “brings a lot of baggage.” Plus, we saw Janelle saying that she’d rather not ride in a car with Meri and have a conversation. Now, it’s obviously not all Meri creates issues. Fans often speculate that jealousy must be a part of the lives of the women.

Now, Radar Online caught up with Christine’s aunt, “Kristyn, who is the author of Fifty Years in Polygamy: Big Secrets and Little White Lies.” The outlet explains that Kristyn used to be a part of a polygamous family, and she knows the pain of jealousy in a plural marriage.

From her point of view, the faith that the Sister Wives family follows is abusive to women. In fact, she calls the “Apostolic United Brethren…a cult.” She wishes with all her heart that Christine would get out of the marriage to Kody Brown.

Christine’s aunt explains why she thinks the cult is abusive

According to Kristyn, the faith of the church is all about the men. In fact, they believe that if women don’t allow their men to take more than one wife, that they will end up in hell. Plus, while “physical abuse is common, it is “not as common as emotional and mental abuse.” And that comes because the man is the one empowered by God to make all the decisions.” The dictate is that “You will live in polygamy and the women will be submissive. ”

Sister Wives is not something Kristyn is unaware of. After all, she lived in a polygamous marriage herself. Radar notes that “she explained how her heart was ‘broken’ when her husband added a second wife. ‘My husband and I had a good s**ual relationship, but it was never the same,’ she said. ‘There was no loyalty. There was constant comparison. Constant, He loves her more. He’d rather be with her than me.'”

Christine’s aunt, estranged from her niece hopes she’ll reach out to her

Now, estranged from the Sister Wives family, Krystyn hopes that in time, Christine will reach out to her. It’s not impossible to leave an unhappy polygamous situation, after all. But, she knows how difficult it is. And, she says that Christine’s totally “miserable.” However, she also notes that the TLC show brought them a lifestyle they would not have had otherwise.

What do you think about Christine Brown’s aunt Kristyn saying that Kody’s family’s part of a cult and that Christine’s miserable? Sound off your thoughts in the comments below.