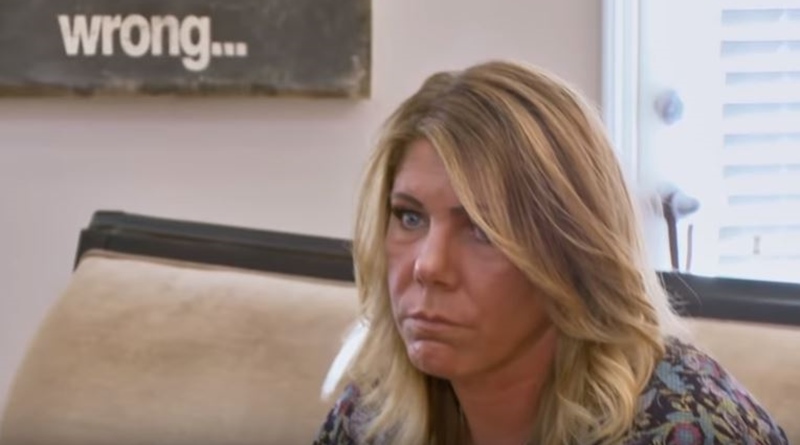 Sister Wives star Meri Brown does exceptionally well with her LulaRoe clothing line. Happy it brought her an independent income, lots of new friends, and travel opportunity, she said she wants to spread it around. But her recruiting drive on Instagram on November 7 brought quite a bit of shade from Instagram followers.

Meri Brown’s quite independent and loving life these days. TV Shows Ace reported that she’s busy with her LuLaRoe clothing line and her BnB. So, she gets out and about really lives her life her own way these days. In fact, she often gets to go on really fun-looking cruises. Who wouldn’t want that lifestyle? And it sounds so easy. All people need to do is fork out $499, and people like Meri will teach them how to sell and make money.

Fans of TLC’s Sister Wives know that Meri Brown’s got loads of social media followers. Plus, her celebrity status means she’s in a position to influence thousands and thousands of people. So, when she took to her Instagram to recruit new people to start selling the clothing line, some people gave other fans a reality check. In her very long post, it seems Meri genuinely wants to help people. But of course, she also stands to earn off anyone she recruits in her downline.

The Instagram post’s very long, so not worth copying in this article. But, fans can read it further down in this story.  In part, she said, “f you’re looking for direction, or fulfillment, or even just some side cash. I want to help you with that! I want to see you succeed, I want to see you feel accomplished, I want to see you achieve dreams and goals! If you have ever thought about starting your own LuLaRoe business, I want to share with you my journey, and see if it resonates with you at all, and help you get started.”

Fans immediately cautioned others against jumping into the business. One Sister Wives fan said, “Please do your research and if you have time listen to the podcast called The Dream that will break the truth about these companies down for you.” Another noted, “With all due respect, you have hundreds of thousands of followers and are a TV personality. Regular people are much more likely to go bankrupt with this company than make any money at all nevermind a lot. I would encourage anyone considering this multi level marketing company to research it first.” More fans threw some shade at LulaRoe as well, so what’s the problem with it?

Looking at LuLaRoe, it appears to be what they call an MLM business. The Fiance Guy checked it out a few years ago, and they came to the conclusion is that “it’s hard to make money with any MLM, is because it’s a flawed system! There is no doubt that many network marketing companies are very profitable, but that’s not what we are looking at. Our research suggests that less than 1% of people who become Lularoe retailers will turn a profit.”

Looking at what Meri’s talking about – $499 as a startup, that’s either a typo or they dropped the price to buy in from between $5,000 to $6,000. But many people who started with the company lost money. Sister Wives fans planning on signing up should note other cautionary things emerged.  Truth In Advertising Org wrote, “Despite LuLaRoe’s stated mission to ‘improve lives and strengthen families … through fashion,’ a TINA.org investigation has found that at least 115 current or former LuLaRoe distributors have filed for personal bankruptcy since 2016, with more than half of those filings occurring in 2018. In fact, LuLaRoe distributors are more likely to end up bankrupt than to reach the highest tier in the company’s distributor ranks.”

TV Shows Ace is not in a position to say people should or shouldn’t sign up for the business. No doubt there are successful people, or they wouldn’t do it anymore. But, perhaps think about doing some research before rushing off into it. And, if you think that at least you might be able to message and possibly even talk to Meri if you do, then maybe that’s the wrong motivation.

What do you think about Meri Brown recruiting people for LuLaRoe? Did you have a bad experience with the company? Or, did you do well with it? Sound off your thoughts in the comments below. After all, you may help someone make a good decision, either way.