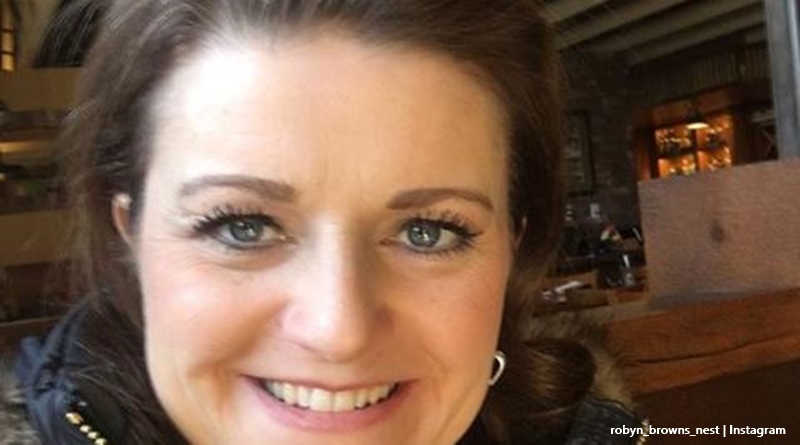 Sister Wives fans wonder what’s going on with Robyn Brown, Kody’s only legal wife. Since about March and early April this year, she’s been totally silent on social media. She last posted to Twitter about hoping Flagstaff would welcome them back on April 8 and on IG, in March. There’s no rule against not posting on social media, but of all the family, she seems very quiet. Kody’s quiet as well, but he liked one of Maddies Brown Brush’s posts and shared a link to the story of the birth of Evie K. Is Robyn pregnant, or, even worse, sick?

Multiple tabloid outlets ran stories about Robyn possible falling pregnant. InTouch Weekly and others discussed whether she really planned another child with Kody. But, their sources suggested that she just put on a lot of weight and has some “breathing issues.” Well, if she really got pregnant, she’d be at least six months into it by now. Perhaps someone around Flagstaff saw her? But no giant bump pics emerge. And, if she were out and about sporting a large tummy, no doubt Sister Wives tipsters would pass that to Radar Online.

Rumors about pregnancy for Robyn only intensified after the family visited Disney. Fans noticed that the family pics didn’t show Robyn. At one stage, Kody shared how he looked after kids and he changed a diaper. But, why was Robyn not able to do it? Again, rumors arose after a picture of Christine, Robyn, and a group of the kids attending a parade emerged. A rather indistinct pic of Robyn seated got fans wondering if Robyn showed a baby bump. We saw Meri Brown and other Sister Wives on a LuLaroe cruise, but it seemed Robyn never featured there either. Pregnancy’s a possibility, but could she actually be sick?

Happy Father's Day!
I spent the morning:
Meditation & prayer.
Reflecting in thanksgiving.
Writing in journal.
Changing a "blowout" diaper.
Bathing my Sweetie (after diaper).
No workout!
May all fathers have a great day!#FathersDay2019 pic.twitter.com/lXctMdoSc8

Could Robyn Brown be sick?

So far, the only Brown family member who posted about Robyn being sick was Aspyn Brown Thompson. That came on her post about her graduation. Reporting on the Sister Wives daughter’s grad, we noted that Robyn was absent. We reported, “Robyn may have issues with her sister wives, but she seems fine with all the kids. It’s not likely she would deliberately hurt Aspyn on her special day. In fact, Aspyn herself talked about it, saying Robyn “was really sad to miss it but woke up feeling terrible. She celebrated with all of us later .”

If we think about other reports, it looks like Kody spends more time with Robyn these days than the other wives. In May, Radar Online reported that Kody spent a week at least over at her place. In that time, he allegedly never visited the other wives. Could it be because Robin still felt sick? Tabloids speculate on Robyn being the Sister Wives’ patriarch’s fave wife. But, it could mean something else. Maybe he’s concerned about her alleged health issues with breathing?

Hope you guys had an amazing 4th! We love our new town. Yesterday a small part of our tribe enjoyed the downtown parade and then the fireworks show here in Flagstaff. One of the best parts? It was only 80 degrees! What a fun change from Vegas.

What do you think? Do you think we may see a reveal in the new season that Robyn’s been pregnant all this time? Or, do you think she could really be sick? Sound off your thoughts in the comments below.