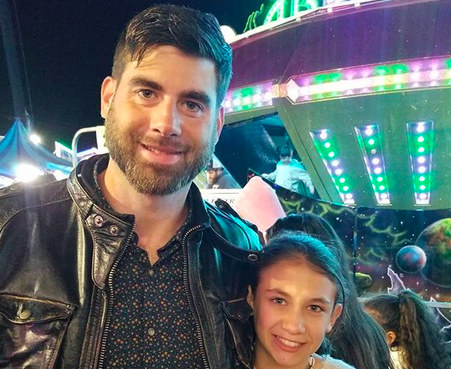 Things haven’t been easy for David Eason lately. He is married to Jenelle Evans of MTV’s Teen Mom 2. After some drama between them, the couple has seemed to be keeping their distance from each other. Currently, Jenelle, Ensley, and Kaiser are in hiding from David. On Tuesday of this week, Eason was also given a restraining order. He’s not allowed to contact Jenelle or the kids. He also can’t share posts about them via social media.

Fans of the couple or the MTV show might recall that Eason supposedly shot and killed the family’s dog. This then led to custody issues. There were concerns for the children’s safety because he had killed the dog. No one knew what else he might end up doing.

The outlet has the official audio from the phone call Eason made to the police. In the call, he says, “I can tell you what happened. Me and my daughter [Maryssa] were going out to my truck so I could take her to school. And both the dogs are right in the front yard. I just had to hook my truck up to the trailer, do a few things before I could leave. And then, I was gonna feed the dogs. When I went to get the dog food, well, after I got it, I started callin’ the dogs and they were, like, down the driveway.”

Then, the former Teen Mom 2 star continues, “Then I heard a car come down the road. My driveway’s really long so I couldn’t really see. But I heard a car stop, and I heard the dogs bark a couple of times, and then one dog came running back, but the other dog’s been gone ever since.”

Eason reveals that daughter Maryssa is with him

Amidst the custody battles this summer, both Eason and Evans lost temporary custody of their children. Now, it sounds like Eason’s daughter Maryssa is still with him. The Teen Mom 2 alum made this known in his phone call to the police. Apparently, Maryssa was still on The Land with her dad.

Even though Jenelle is keeping the other children from David, she doesn’t have much control over whether Maryssa sees him. She is not Maryssa’s biological mom.

Get the latest reality TV news from TV Shows Ace.