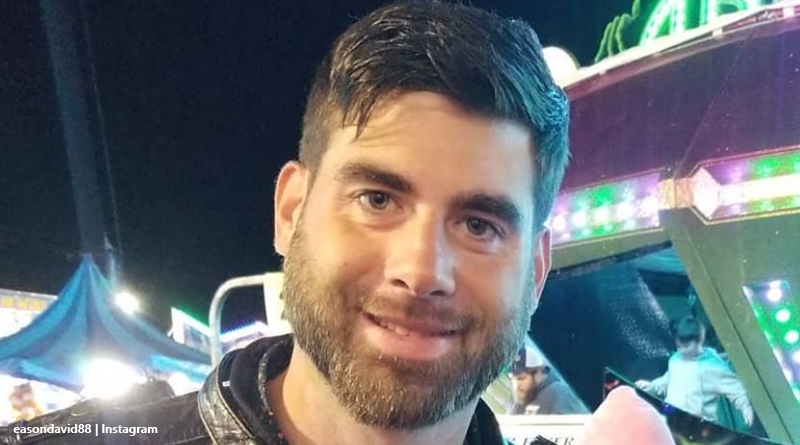 Teen Mom 2 fans mostly hate on David Eason, but a surprising number of them get thirsty for him now that Jenelle Evans left him. Over on his Instagram, he shares pictures of what he’s doing, and photos of him and his daughter Maryssa out and about. Of course, not everyone who follows the MTV show likes him, but despite his reputation, many do.

Teen Mom 2 fans heard from Jenelle that when she went to NYC and met with MTV execs, she also filed divorce papers. Then she took their daughter and left him. TV Shows Ace reported that she’s fighting for full custody of their daughter Ensley. However, David’s daughter Maryssa remains with him. But, since then, US Weekly reported that David Even reported Ensley and Jenelle as missing.

They noted that he shared on Facebook, “So since Jenelle has disappeared and I have no contact with her or Ensley,” the 31-year-old wrote on Tuesday, November 5, via Facebook. “I have no option but to file a missing person’s report.” But it looks like some fans don’t mind if Jenelle stays missing from David’s life forever. despite the Teen Mom 2 alum killing their little dog, Nugget. Some people actually find him very attractive. On his various social media posts, many of them comment that he’s “hot” and really good looking.

Jenelle probably won’t care, but fans do get thirsty for her husband. If you can’t recall, David killed their little Frenchie, claiming it nipped his daughter. Allegedly, it was a brutal killing involving beating and shooting the pup. And, as the kids allegedly witnessed it, he ended up in court with Jenelle fighting for custody of the kids. At the time, Jenelle threatened to leave him, but returned to “The Land.” She picked up a lot of hate for “enabling” his behavior.

On his recent Instagram posts, some fans express their interest in him quite openly. David shared a photo of him and his daughter a fair. One poster commented, “Ur so hot let’s talk.” Another wrote, “You look fantastic.” One Teen Mom 2 follower noted, “Now Jenelle left him everyone loves him lmao wow.” On his Black River Metal And Wood page, the compliments keep coming. One fan noted, “Love your page big fan of you.” Another raved about how he’s “looking good!”

What’s going on with Jenelle Evans?

Some fellow co-stars from the Teen Mom 2 show feel happy that Jenelle finally left David Eason. Others, like alum Farrah Abraham, wonder if she left him for the right reasons. Some of them believe she just left David to get back on TV. Others think it’s all just another drama-filled lie. But E! News spoke to an insider who told them that Jenelle also obtained a temporary restraining order against David.” And, that “she and her kids are now living in Tennessee.” So, who knows? Those thirsty fans might get “lucky” yet.

What do you think about David Eason and his growing army of thirsty female fans since Jenelle Evans left him? Sound off your thoughts in the comments below.