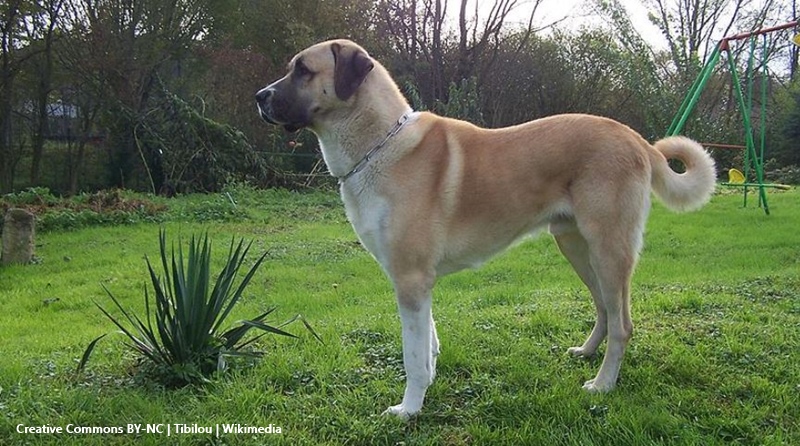 David Eason and Jenelle Evans replaced the now deceased Nugget with two new dogs. David Eason took to his Instagram to say they’re settling in. Junior and Buddy, aged six and eight months are Anatolian Shepherds.  Some people know them as Kangal Shepherds. Of Turkish origin, are these safe dogs to have around kids?

David and Jenelle went away for a bit, and when they arrived home, David said on his Instagram that the dogs got super-excited to see them back. Well, most fans loved the dogs, but a couple reacted negatively as David confessed to killing Nugget. Pop Culture noted the negatives, but they may have removed those comments. David also noted that they don’t plan on clipping their ears as they do in their native country, Turkey.

Fans reacted to the size of the dogs, babies still, but already huge. One fan said to David Eason, “Holy H*LL they are gonna be HUGEEEE!!! Never heard of the breed. God bless you, that’s a whole lotta dog you’ve got there! I sure as hell wouldn’t be coming up to your house unannounced w/ them there! Great watchdogs, I’d imagine. Beautiful pups.” Another noted that they looked very similar in color to a chicken in the photo.

Checking the breed out, only one site suggested that these dogs might not be good for little kids. Most sites suggest they fit in well with families as they’ve been around humans for centuries. Dogell.com notes that “[Anatolian] Kangal Dogs are kid-friendly dogs. This breed is a good choice if you have children.” Meanwhile, K9web.com notes a myth floats around that they really shouldn’t be around kids. Debunking that, they suggest David Eason and Jenelle made a good choice.

According to the website, “This is a myth that we should all bury.” They note that the huge animals really act “naturally gentle” with kids. The reason’s because they see the kids of their owners as part of their flock. Natural flock guardians, the dogs protect the pack and the flock. If you belong to the family, their instinct’s to be protective, rather than aggressive. But, take note, they may not act so friendly towards strangers.

These gentle giants grow enormous and they really rate as strong dogs. Small kids clambering over them won’t hurt at all. Requiring large spaces with heaps of places to run around, it looks like David Eason’s living in the right place. Mind you, a smaller property should definitely be fenced and gated.  Originally bred as protectors of the flock, predators stand no chance. And, Jenelle complained in the past that small predators attacked her geese and chickens. Plus, these dogs don’t need a lot of grooming.

My baby boys Buddy and Junior are growing so fast! They are only 6 months old and nearly 80 lbs! They were so happy for us to come home!! #anatolianshepherd #kangal #kangaldog #dog #ilovemydog #ilovedogs #🐶 #guardiandog #livestockguardiandog #mansbestfriend #chicken #rooster #bufforpingtonrooster #homesweethome

So, it looks like David Eason and Jenelle Evans got two new dogs with a bit of forethought. If they want gentle kid-friendly dogs who also protect their livestock, they seem fine. But, all these dogs should undergo at least some training. So, hopefully, they do that. Also, if you think you might sneak up on the family for a photo op – you really only want to do that. Aggressive outside the family, they will hurt strangers who intrude and don’t back off after warning barks.

Your thoughts? Sound off in the comments.

Remember to check back with TV Shows Ace often for more news about Jenelle Evans and David Eason.