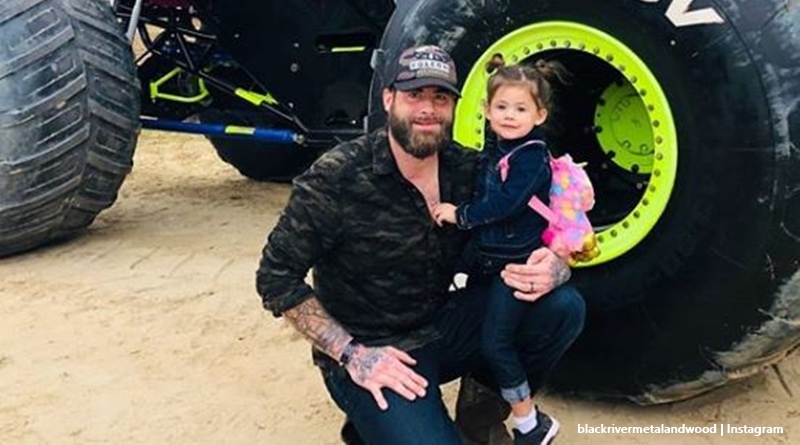 Teen Mom 2 fans know that Jenelle Evans filed the first steps of a divorce from David Eason. Following the news that she shared on her Instagram and Twitter, David initially shared just one post. TV Shows Ace noted it was not family-friendly. We wrote, “on his Instagram, David shared a very disgusting and degrading meme about a woman who leaves a man.” Now, it looks like David Eason’s dragging Jenelle on his social media over Ensley’s custody.

For a while, David Eason resorted to communicating only through the new @blackrivermetalandwood account on Instagram. But, he later came up on his @bigolhonky account and announced he’d retrieved it. Then he started posting again on his @easondavid88 account  And, it seems he’s more active since Jenelle left him. This weekend, he shared a few Instagram posts that didn’t relate to Jenelle. He saved that for later in his Stories.

One of those posts talked about his daughter. He mentioned “last weekend,” which probably referred to the time Jenelle went to NYC. That pic included a photo of Ensley, and we since heard Jenelle collected her after her return from meeting with Teen Mom 2‘s MTV execs. David mentioned, “we had so much fun last weekend! Maryssa wanted to get her ear cartilage pierced but I couldn’t find a place in town to do it under 14 years old. New pair of Van’s it is I guess.” But it seems he saved the drag on Jenelle for his IG Stories.

US Weekly reported that David took to his Instagram stories and posted a few things that could be seen as a drag on Jenelle. They noted, “He posted a screenshot of a TMZ article detailing Evans’ request for full custody of their 2-year-old daughter, Ensley.” Plus, the outlet explains, “He then shared another screengrab of a TMZ story about a 2018 road rage incident involving the MTV star. “But this [is] okay,” he wrote alongside the story, which describes how Evans allegedly followed another driver home and brandished a gun.”

It follows the news, as revealed by TMZ, that Jenelle wants full custody of their daughter Ensley. The outlet wrote, “she believes she’s the more fit parent of the two, based on David’s troubling history … which as you know includes shooting and killing the family dog because it nipped at the child. But, their source also told them that David’s not a bad father, so he will be able to see his kid. No doubt Teen Mom 2 fans will see that play out in court.

David focuses on his knives

Meanwhile, he seems focussed on continuing with his knives and other homemade things he makes on ‘The Land.’ He posts about the products he’s making, noting it’s satisfying. The Teen Mom 2 alum said on his Sunday post, “By the way, this is really hard work, probably one of the hardest jobs I’ve ever had but definitely one of the most satisfying. I love making knives because its art for me and I can make whatever I want. I really feel like I can have a bright future in this business if I keep making stuff like this.”

Well, depending on the income support agreements, it’s just as well David found something to do with his time. What do you think about Jenelle Evans and the custody case for Ensley? Do you think David Eason’s got a point when he drags her over the road rage incident? Sound off your thoughts in the comments below.

Remember to check back with Tv Shows Ace often for more news about Teen Mom 2.