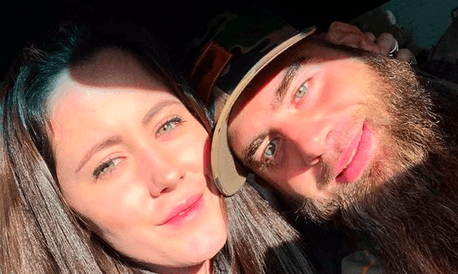 Things between former MTV Teen Mom 2 star Jenelle Evans and her husband David Eason have been rocky. They got married in June 2017. Since then, there have been reports of abuse. Their relationship has been filled with all kinds of drama.

On Friday, the news was released that Jenelle made a 911 call back in December 2018. Radar Online.com was able to obtain this call from Columbus County Emergency Services.

In this 911 call, Jenelle sounds “terrified”. She tells the operator, “My husband is freaking out. He’s outside freaking out. He’s smashing our front door trying to get inside.” She explains that she is hiding in the attic and then adds, “My daughter is in the bedroom sleeping. He said I locked him out and took his phone. He was outside looking for his phone.”

Jenelle continues and explains why David is mad, “He got upset over an article. You can hear him yelling. He’s outside smashing stuff.”

Then, the operator asks if David had a gun. Jenelle says, “Yeah he does, he has a gun. He broke my front door, I don’t how it looks. I’m in the attic.” At this point, the operator seems worried about Ensley. In the call, Jenelle reassures the operator that she can see Ensley’s door.

Additional 911 calls from David and Jenelle

Two months prior to this 911 call, Jenelle had accused David of domestic violence. She called 911 to make that report in October 2018.

On the same day that Jenelle made the 911 call about David breaking in, David called 911 as well. The dispatcher told the 911 operator, “I have a David Eason calling for a welfare check on his wife. He said she’s not answering her phone or texts. He’s in Wilmington County. He wanted us to send the information because he’s driving.”

Then, the dispatcher added, “He said he’s worried. He called 2 to 3 times. She’s on Facebook.”

What is happening with Jenelle Evans and David Eason now?

Currently, Jenelle and David are in the midst of a custody battle. This all began when David shot and killed the family’s dog. It was determined that the Evans-Eason household was not a safe place for their children to be. The children are currently living with family members. Shortly after the incident, Jenelle was cut from Teen Mom 2.

After losing custody, Jenelle said, “I am currently following what my attorney has asked. I don’t want to speak publicly on the matter currently as that will jeopardize the possibilities of getting my kids back. I love my kids so much and I will do anything necessary to get them back and that is all I want everyone to understand.”

Then, she continued, “I ask everyone to have an open heart before they judge how the media is portraying me. I love being a mother and David and I will get through this. We are staying strong and united.”

Fans are urging Jenelle to leave David. They think that she should choose her children over him, especially with the recent events in mind. Not to mention, there have been reports of abuse in the past. Fans have been commenting and saying that they don’t think Jenelle should be with someone like him.

As of right now, Jenelle is staying with David. She has said that they are trying to work through their problems.

Are you surprised to hear about this 911 call from December? Let us know in the comments below.

For more news about Jenelle Evans and David Eason, follow along on TV Shows Ace.