Not all Counting On fans are able to remember Josh and Anna Duggar’s kids’ names and ages. Josh is the eldest of the Duggar children, and he is married to Anna Keller.

In a family so big, it’s difficult to keep track of Jim Bob and Michelle Duggar’s 19 kids. It’s easy to understand why fans can’t keep all of their grandchildren straight as well. The family is always growing, too. Josh and Anna just welcomed a new baby last month.

As we reported, Jim Bob recently announced that he has a total of 22 grandchildren, as well as one more on the way. For a rundown of all of the Duggar grandkids, use our guide here.

Read on to see all of Josh and Anna’s children, as well as their names, ages, and pictures.

Who Are All of Josh and Anna Duggar’s Kids and What Are Their Names?

Josh and Anna got married on September 26, 2008. Since then, they have welcomed seven children into their family. 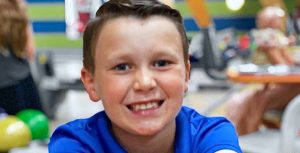 Marcus Anthony joined the family on June 2, 2013. The second of Josh and Anna’s sons is now eight years old.

Then, Josh and Anna welcomed a daughter, Meredith Grace, on July 16, 2015. The young lady is six years old now.

On September 12, 2017, Mason Garrett was welcomed into the family. The four-year-old boy is growing up quickly!

Maryella Hope was born on November 27, 2019, and will be celebrating her second birthday later this month.

It’s unclear what the future holds for Josh and Anna. Josh is currently awaiting his trial in his child pornography scandal. He’s facing jail time, which could affect how many more kids they have if they are able to have anymore. Fans are hopeful Anna will leave Josh if he’s found guilty, but many believe she will stay with him anyway.

So, did you know about all of Josh and Anna Duggar’s kids and their names? Do you think they will add another member to their family in the future? Let us know your thoughts in the comments section below.

For more news about the Duggar family, come back to TV Shows Ace.