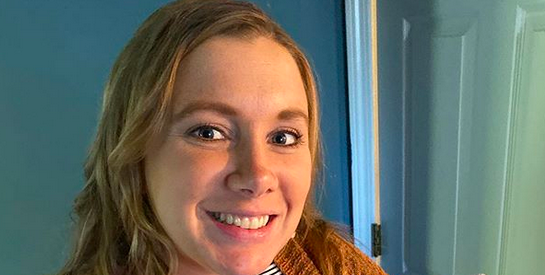 Fans of TLC’s 19 Kids & Counting and Counting On know that Josh and Anna Duggar recently welcomed their sixth child to the world. The family of seven became a family of eight! She is Michelle and Jim Bob’s 16th grandchild.

On Tuesday, Anna took to Instagram to show off a new picture of the new baby. She mentioned Jana Duggar, who recently asked fans to guess which baby is which via her Instagram stories. With so many baby girls born in the family in the past month, this wasn’t an easy task for Counting On fans.

Anna’s post reads, “Several of you have asked about this outfit Maryella was wearing in Aunt @janamduggar ‘s story. It’s from @kickeepants they are my current favorite because they are adorable, super soft, and they still look good after multiple washes! 👶🏻👍🏻 What are some of your favorite brands for baby items and clothing❓”

She included an adorable picture of Maryella sleeping. In the comments section, fans left sweet comments about the family. As Anna asks in her caption, a few fans left suggestions of baby brands. With six children, it’s likely that Anna knows exactly what she’s doing. Still, it can’t hurt to have a few extra suggestions.

Several of you have asked about this outfit Maryella was wearing in Aunt @janamduggar ‘s story. It’s from @kickeepants they are my current favorite because they are adorable, super soft, and they still look good after multiple washes! 👶🏻👍🏻 What are some of your favorite brands for baby items and clothing❓ #littleduggars #Maryella #Duggar

Here’s what a few fans are saying about baby Maryella:

Some Duggar fans are voicing their concerns about Maryella’s beaded pacifier clip. Also, a couple of commenters are asking if Anna will have any more kids. Anna has yet to reply to either of these types of comments, but it doesn’t seem likely that she will.

Where did the Duggar family come up with Maryella’s name?

Shortly after Maryella‘s birth, Josh and Anna revealed that she is named after Grandma Mary Duggar, who passed away earlier this year. All of Josh and Anna’s kids’ names begin with the letter M, so it worked out well.

In a social media post, Anna revealed the meaning, writing,

“When Josh’s grandma passed away we considered the name Mary, but we were hesitant because Grandma (Mary Duggar) was such a special lady and we wanted our daughter’s name to be a reminder of how special Grandma was and carry on her legacy, but without feeling like we were trying to replace her. 👵🏼 Soon, our baby name list that we had narrowed down to 3 names had grown to a list of about dozen Mary-hyphenated names. As we continued chatting about names, Josh and I both fell in love with the name Maryella! ♥️ We chose Hope for her middle name because of the Hope we have because of Jesus’ life, death and resurrection.“

The Duggar family is overjoyed to have baby Maryella as a part of their lives. Anna will continue to share updates about Maryella and the rest of her kids via social media. For more updates, follow along on TV Shows Ace.