Lala Kent is not on board with the idea of being California sober. Most people follow the traditional path of sobriety, which involves abstaining from drugs and alcohol. However, more people are choosing a different approach. California sober is about using certain drugs, such as marijuana.

In Season 9 of Vanderpump Rules, James Kennedy talked about his lifestyle. He prefers to smoke cannabis to drinking alcohol. Yet, some of his castmates like Lisa Vanderpump are concerned that he smokes too much weed. Some addicts claim that being California sober is better for them since it can prevent an overdose. However, Lala doesn’t necessarily agree and makes that clear.

Like James Kennedy, Lala Kent is a recovering alcoholic. She opened up about her story on the Bravo series. In a joint interview with Katie Maloney on Bravo’s The Daily Dish, she talked about James’ California sober lifestyle. She feels that it’s “not a real thing.”

The Give Them Lala founder is someone who takes her sobriety seriously. She does not take drugs or drink alcohol. Lala said she worked hard to scrubbed all of that from her life. She finds James’ new lifestyle offensive to recovering addicts.

“I’m obviously in the program. I’m with a lot of incredible men and women who do everything in their power to never pick up any sort of substance so to hear someone say, ‘I’m California sober,’ it doesn’t sit right with me,” she explained. “Because I’m a person who only drank and smoked weed and almost lost my entire life. So I don’t like it.”

Lala argued that taking the “smallest amount of anything” could become a “trigger” for some addicts. She feels that the concept of “California sober” is offensive who actively work toward a sober lifestyle. The actress feels that people like James never “remain in their right frame of mind at all times.”

Demi Lovato is a celebrity who promotes the California sober lifestyle. Earlier this year, she revealed to her fans that she still smokes marijuana. In July, Lala Kent appeared on an episode of David Yontef’s Behind the Velvet Rope podcast, where she talked about being sober since October 2018. The model took issue with the pop star’s song “California Sober.”

“You know, I don’t like to judge, but I actually think that that’s super offensive,” Lala Kent said on the podcast. “There are people out there who have worked their ass off to never take themselves out of reality and to never place themselves in an altered state. When they have a cold, they don’t even take DayQuil or NyQuil. So to say that you’re ‘California sober’ or this type of sober is extremely offensive I think.” 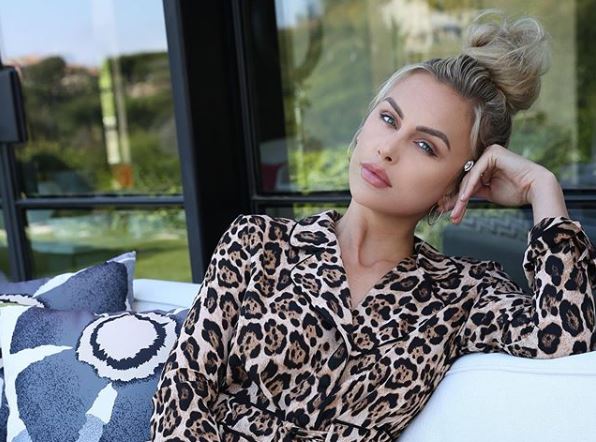 What are your thoughts on the California sober lifestyle? Do you think it’s offensive to the people who strive to stay sober? Sound off below in the comments. Vanderpump Rules airs Tuesdays at 9 p.m. ET on Bravo.