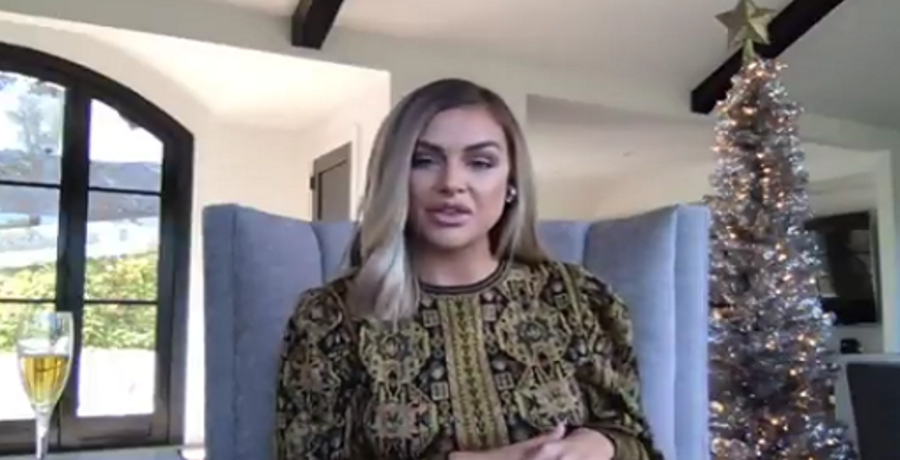 Lala Kent revealed the current status of her friendship with Jason Kennedy. The pregnant Vanderpump Rules star made an appearance on Watch What Happens Live with Andy Cohen on Monday, December 21. During the hour-long episode, she opened up about VPR Season 9.

Earlier today, TV Shows Ace revealed which cast members Lala still speaks to. She confirmed that her friendship with Scheana Shay is over. The two aren’t speaking since their feud took place this summer. But is Lala still good friends with James Kennedy?

Give Them Lala founder on their friendship

A Vanderpump Rules fan asked a question on Watch What Happens Live. The fan wanted to know if Lala Kent still speaks to James Kennedy. The former friends went through ups and downs on the show. Their on-again, off-again friendship was oftentimes awkward.

“What is the status of your friendship with James Kennedy today?” the viewer asked. “Is he still sober and doing well?”

“Ooh, I like this question,” Lala said. “Ya know, I have such fond memories of just us back in the day. So, we’re on great terms.”

The model also revealed that James still “hasn’t picked up a drink.” This comes after the Pump Rules co-star celebrated a year of sobriety. Lala is “so proud” of her friend.

Lala Kent opened up about the status of her friendship with #PumpRules co-star @ItsJamesKennedy. #WWHL pic.twitter.com/qCSoOZKIU7

Earlier this year, Lala Kent spoke to Slice magazine about her friendship with James Kennedy. The two made their start on the show together. But their friendship wasn’t always smooth sailing. At the time, Lala claimed that James was the reason for their relationship falling through the cracks.

“Every time I feel like we’re making progress he always falls down again,” Lala said. “Like we can not body-shame people and do all the other things he’s been doing? This season [Vanderpump Rules Season 8] people are really going to see that it’s tough for him to change.”

Lala admitted that James was the “hardest person” to film with. She couldn’t forget the times that he treated her. While he’s made several apologies, Lala knew she couldn’t trust him. But it seems like the two are on good terms now.

Did Lala Kent have a Christmas tree fight with James Kennedy?

James and Raquel admitted they went “a little crazy” with their decorations. They filled their Los Angeles apartment with several Christmas trees. Meanwhile, Lala and Randall’s Bel Air home has an outdoor tree with twinkling lights. Of course, there’s a big beautiful tree inside their home. The Vanderpump Rules co-stars ended up in this unlikely Christmas feud. Which reality star has the best Christmas trees? Lala or James? Sound off below.