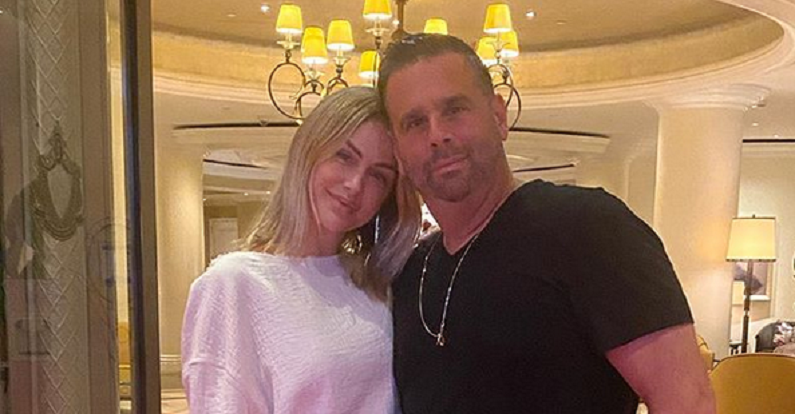 Randall Emmett is a supportive fiance. He congratulated Lala Kent on her two years of sobriety. The Vanderpump Rules star made the difficult decision to give up alcohol and attend AA meetings. And she hasn’t turned her back since.

The model is used to being sober. She gave it up even while filming a reality show that glorifies alcohol use. But now she’s pregnant and can’t drink for obvious reasons. While her pregnant friends, Stassi Schroeder and Brittany Cartwright, admit that it’s been difficult not to drink, she sees it as a blessing.

Over the summer, she recalled the moment she became sober. Of course, it wasn’t easy, but she could rely on the help of her friends and family. And because of them, she made it two years and counting.

On Monday, November 2, Randall Emmett posted an Instagram photo of Lala Kent blowing out two candles. She wore a “Give Them Lala” hooded sweatshirt. Meanwhile, a bottle of alcohol-free Heineken sat next to her. In the caption, Randall exclaimed how “proud” he was of Lala for changing her lifestyle.

“I can’t tell you how proud of you I am! 2 years ago you decided to change your life forever,” the Irishman producer wrote. “You made a decision, do the work and it brings tears to my eyes to see your path of sobriety.”

Randall ended his post by declaring his love for Lala. He revealed that he will “toast” her tonight on her “biggest success in life.” He also can’t wait to start his new chapter with their baby on the way. Back in September, Lala and Randall announced they were expecting their first child together.

Is the Vanderpump Rules star a bad role model?

Despite staying sober, some people think Lala Kent is a bad role model. Randall took to Instagram to share a photo of himself with the actress and his two daughters on Halloween. In his previous post, Lala wore a black halter crop top that featured two skull hands covering her breasts. She paired the edgy look with a white long-sleeve shirt and black bottoms.

Meanwhile, Randall wore his usual all-black ensemble. Both of his daughters, London Emmett and Rylee Emmett, were in festive garb. It’s unclear whether the family was headed out trick-or-treating or if they were spending Halloween at home. Randall jokingly called themselves the Addams family.

But not all of his followers were pleased with the photo. Some of them thought Lala’s outfit was inappropriate. They called her a “bad role model.” Here are just some of the comments:

But not all of the comments were negative. One fan defended the Pump Rules star, writing: “People are truly hating on Lala because they’re jealous. She is glowing!!” Others continued to comment on her baby bump. They couldn’t understand why she’s still so small.

Randall’s followers are wondering what kind of mother Lala will be. As fans know, the couple is expecting a little girl. Lala is clearly still comfortable in her own skin. She previously shared a nude photo that put her pregnant belly on display.