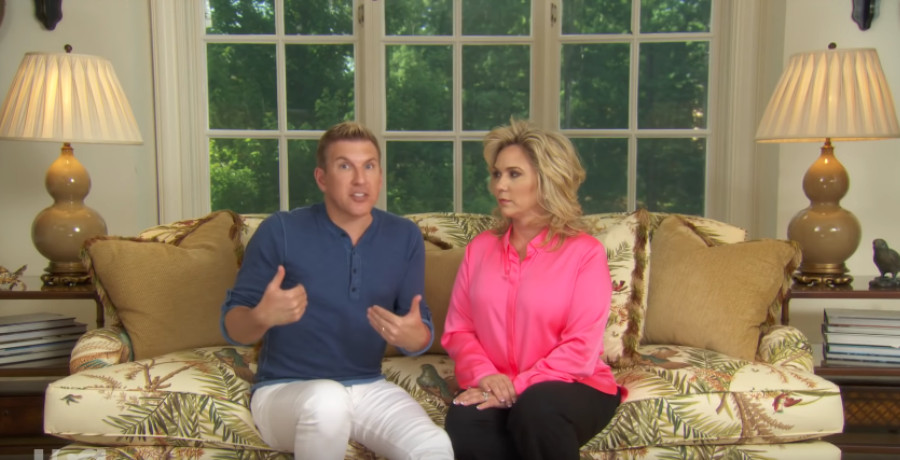 Several members of the Chrisley family are extremely active on social media. Savannah and Chase Chrisley are two of the most social media savvy Chrisley Knows Best stars. Patriarch Todd Chrisley has amassed millions of followers on Instagram, many of whom eagerly await his famous sarcastic comments. But it seems a lot of people don’t know that the Chrisley family has another Instagram account. Are they keeping it hidden on purpose? Find out more about the secret Chrisley Instagram.

Todd Chrisley Insta-Famous for His Sharp Wit and Shady Memes

A lot of people on the internet use memes, gifs, etc. to get their point across without actually saying anything themselves. In fact, Real Housewives are famous for shading each other using emoji reacts to someone else’s shady commentary. Perhaps Todd Chrisley learned from the best – his close friend and former Real Housewives of Orange County star Tamra Judge.

Todd Chrisley takes his internet trolling a step further than emojis. He goes right for the cryptic meme, leaving fans guessing who the target is. The Chrisley Knows Best star also isn’t afraid to get down and dirty in the comment section. He often gives trolls a good lashing with a witty barb or sarcastic response.

While Todd Chrisley’s main Instagram page has over 2 million followers, another Instagram he mentioned recently has significantly less. The Chrisley Knows Best star took to his main feed to promote a new podcast episode. Along with his wife Julie Chrisley, Todd hosts a podcast called Chrisley Confessions.

The podcast serves up piping hot tea on the family’s legal battle with the Georgia Department of Revenue. As viewers know, Todd and Julie were indicted on tax evasion and other charges back in 2019. However, Todd has been outing an alleged conspiracy in the DOR targeting his family. Moreover, he’s been leaking recordings of the alleged conspiracy on his podcast and social media.

Todd Chrisley accused his daughter Lindsie of turning him into the feds. However, it’s recently come out that it wasn’t Lindsie at all. In fact, it was another of Todd’s children. Read more about that here.

On Thursday, July 8, Todd Chrisley promoted the Chrisley Confessions podcast on his Instagram feed. He teased his 2 million+ followers that a special celebrity guest will appear on the podcast to discuss how social media ruins marriages. In the promo, he shared the link to another Instagram account, @chrisleyconfessions. Curious, we went to the linked Instagram. So far, it only has 3 posts and just 6,490 followers.

Chrisley Knows Best continues to be a huge ratings hit for the USA Network. What’s more, they even announced months ago that the show would return this summer for Season 9. So, fans have been waiting for any news about their favorite reality TV family.

USA Network finally dropped a release date AND a teaser for Season 9. Chrisley Knows Best will premiere on Thursday, August 12. Moreover, Season 3 of Growing Up Chrisley premieres directly after.

Check out the Chrisley Knows Best trailer below. Did you know that Todd Chrisley manages a second Instagram account just for the Chrisley Confessions podcast? Share your thoughts in the comments below.