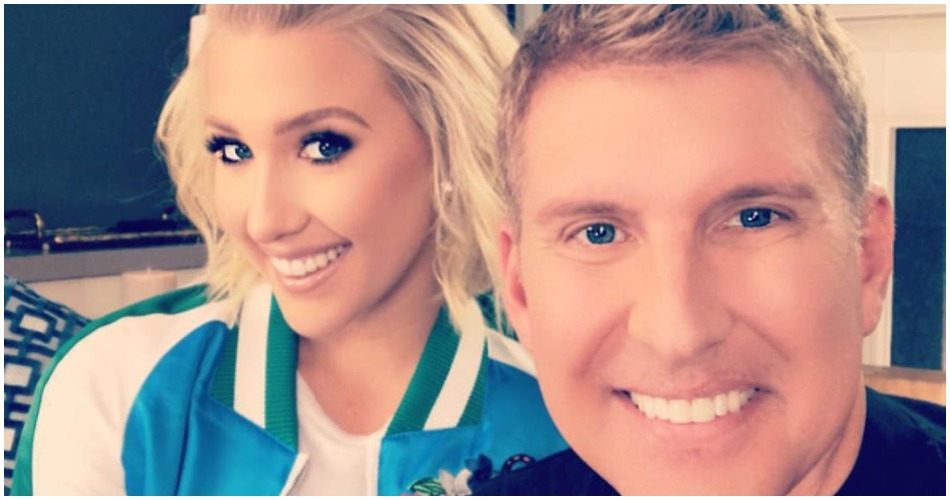 Another day, another witty snap from Todd Chrisley.

The Chrisley Knows Best star took to his Instagram a few hours ago to share an empowering meme with his followers.

“As I have grown older, I’ve learned that pleasing everyone is impossible, but p***ing everyone off is a piece of cake.” The meme read.

Unsurprisingly, the meme was well received by his 1.9 million followers. They quickly showered it with over 22,000 likes and 1,000 comments. This worked out to be about 11,000 likes and 500 comments an hour.

One follower of Todd Chrisley took issue with the NSFW language in the meme.

Perhaps what caused such a huge jump in comments on the post was one follower taking issue with the word “p***ing” in the meme.

“Todd don’t talk that way. You lower my opinion of you,” the individual penned in a comment that has been liked 22 times with over 100 people replying to it.

“Well how unfortunate , I must remember to live my life for you and to always question if what I say might offend you Mrs Peggy. Have a great day,” Chrisley quipped.

Many fans of Todd Chrisley also took issue with the negative comment, commended him on his witty response.

One individual penned: “It amazes me that people that don’t even know you say things like that. Just because they see you in their television they think they have a personal relationship with you. Lol.”

Have a great Sunday , don’t be a half filled bottle ..,

Some questioned why the individual bothered following Chrisley if they had nothing better to do than bully him.

There were also a few individuals who questioned if the Instagram troll had ever bothered watching the show as the witty meme wasn’t too far from some of the normal banter that comes out of his mouth when he speaks to people.

Overall, most fans had nothing but good things to say about the witty meme.

With the 1,000+ comments on the post, the negative ones were far and few between. Most commended Todd Chrisley on his wise and empowering words. Some of his fans even thanked him and noted that they loved reading his Instagram posts.

“Amen to that! That’s a lesson I learned the hard way.” One supportive individual penned as several echoed the sentiment with comments of a similar nature.

A salty comment from a stranger requires a sweeter comeback , it reinforces their stupidity ..

What do you think about the latest meme on Todd Chrisley’s Instagram? Sound off in the comments down below and stick with us for the latest Chrisley Knows Best news.