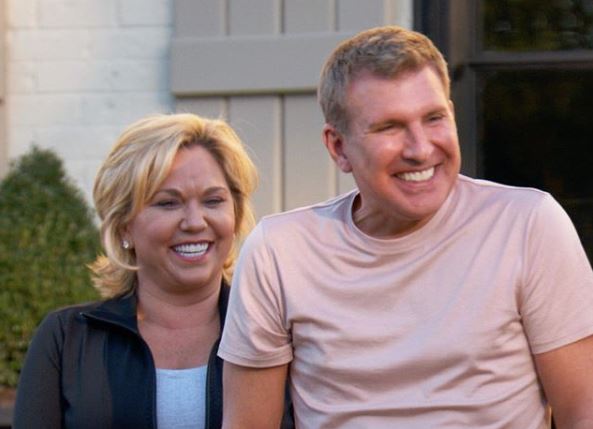 Julie and Todd Chrisley were recently indicted on tax evasion charges. There were also other charges that were based on other financial issues. So far, Todd Chrisley is saying that they didn’t do anything wrong. They are blaming it on an ex-employee who is upset with them.

Julie and Todd Chrisley turn themselves in

Later on Wednesday, the couple will be heading to court. No details yet on what will happen. They have to have some evidence against them to be able to arrest the couple. They could end up spending jail time over these charges. Todd swears they are innocent. The battle now for the couple is being able to prove that in court.

Could the shows be canceled?

Rumors are flying now that the shows about the Chrisley family could be canceled. As of right now, USA isn’t saying a word. Networks have been known in the past to cancel shows when news like this hits. Here Comes Honey Boo Boo and 19 Kids and Counting are great examples. Both were brought back as new shows, though.

The news originally came from Radar Online. According to them, an insider source revealed network execs have “decided to distance themselves as much as possible” from Todd, 50, and Julie, 46, as well as their children Savannah, Chase, and Grayson.

It seems like Julie and Todd Chrisley are doing the right thing. Fans seem to be supporting them during this time. Don’t miss new episodes of Chrisley Knows Best and Growing Up Chrisley on USA. As of right now, new episodes are still airing. They were filmed a while back before any of this news was public.

Anna Duggar Reportedly Stays With Josh At Guardians’ Home Most Nights
Lifetime’s Thriller ‘Murder On Maple Drive’ Is About ‘Murder House’
Rachael Kirkconnell, Matt James Spend Cute Weekend Together
‘General Hospital’ Spoilers: Is A Maxie Recast On The Way?
Todd Chrisley Admits His Wife Julie Has Way More Class Than He Does