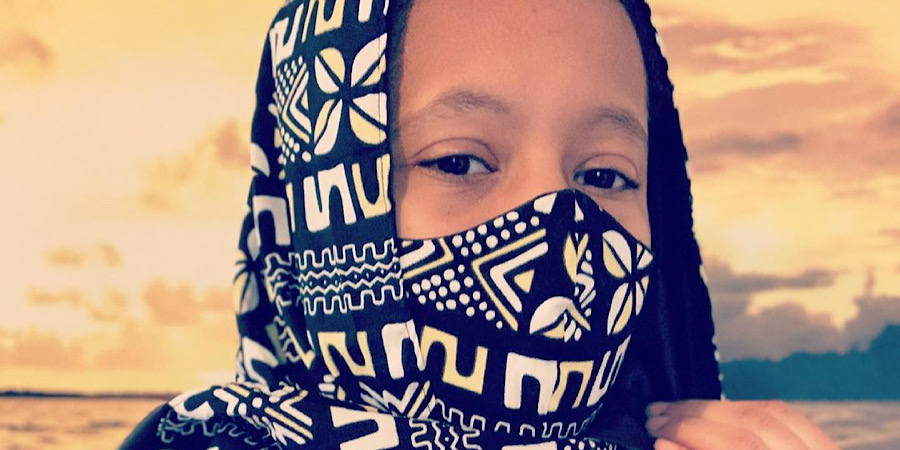 Ashley Snowden has been quite verbal since Season 3 of Seeking Sister Wife ended. She let her followers know she was put in this world to “disrupt the programming.” Additionally, she shared she remains unapologetic about who she is. One important point Ashley made was to never share more before you’re ready. It seems she is ready now. The mother of three is now collaborating with clothing brand Raquel Allegra. She did an interview with the brand and shared her new endeavors with them.

COVID and quarantine were documented during the last season of the hit TLC series. Right before stay-at-home orders were issued for California, Ashley and Dimitri Snowden grew their family. They went from five people to nine. As viewers saw, the Snowdens courted two potential sister wives. Tayler Monique was a single woman from Georgia. Christeline Petersen was a single mother of two from South Africa.

All four moved in and soon, everyone was quarantined together. Sadly, Dimitri lost his job and financial security. He resorted to delivering food and odd jobs to survive with four extra mouths to feed. Tayler left as soon as restrictions were lifted. Chrissy stayed and legally wed Dimitri to stay in America. Unfortunately, she went on to accuse the Snowdens of domestic abuse.

More people would come out against the family. One friend shared an email with John Yates claiming Dimitri is now homeless. As for Ashley, there have been rumors she left the relationship. She did not even mention Dimitri on Father’s Day. So, how can she support herself and her children while he is seemingly struggling? She has an Etsy shop but it looks like Ashley is branching out further.

With Raquel Allegra, Ashley has created a line of flowy and comfortable clothing. They truly capture her essence. In an interview with the brand, she discussed the past year. Admittedly, it has been a crazy one for her and her family. Above all, Ashley acknowledges how COVID changed everything for her. It caused her to fall then rise again. She claims she is a brand new person and with that comes exciting new ventures.

One is her new herbal business, ALOHA SNOW, sold online. To add to this, Ashley has a book in progress. She does not share what it is about or when it will be released. Finally, she is working on a brand new show. Will it be reality-based? She has yet to share these details. Of course, she also has her clothing collaboration with Raquel Allegra, influenced by her love of Hula.

Would you read the Seeking Sister Wife star’s book or buy her products? Let us know in the comments below.