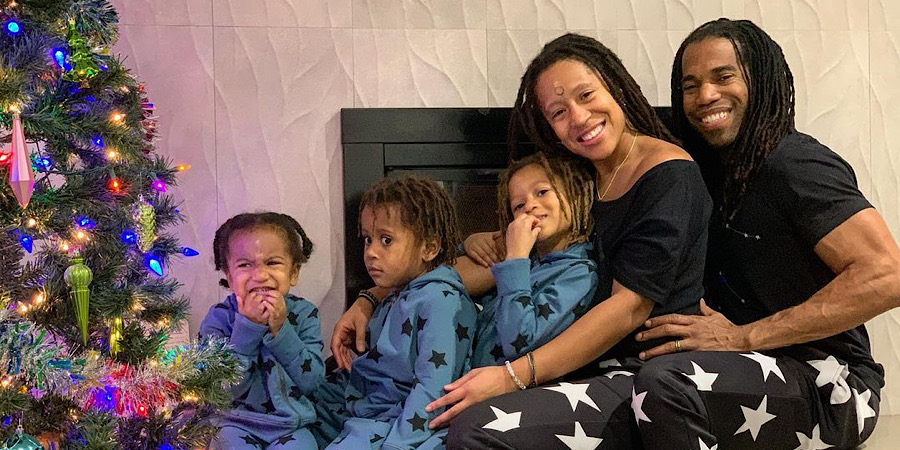 Things are not looking great for Seeking Sister Wife star Dimitri Snowden. This year has been riddled with scandal. It all started when Christeline Petersen accused him and his wife, Ashley of domestic abuse. She filed a temporary restraining order against Dimitri which was later dropped. Ultimately, the allegations led Dimitri’s former sister wife, Ariadne Joseph to speak out against the Snowdens. The downward spiral has kept going. Now, John Yates is sharing emails revealing Dimitri could be alone and homeless.

The Snowdens returned for Season 3 when their sister wife, Vanessa Cobbs left after the Season 2 Tell-All. They had a lavish wedding ceremony in the finale. Sadly, Cobbs realized it was not the right fit for her and moved to Australia. Dimitri and Ashley came back, hearts mended and were courting two women. Christeline is a single mother from South Africa and Tayler is a single woman from Georgia. They clicked with both but Tayler decided she wanted to move in on her first trip.

Because of COVID and travel bans, Chrissy’s second trip with her kids turned into a permanent vacation. Personalities clashed in quarantine and Tayler took the first chance to bolt. Chrissy stayed and soon, Dimitri proposed. They legally married to keep her in America. Unfortunately, she would go on to claim he abused her for about a year of their relationship.

After the charges were dropped in April of this year, Ariadne came forward. She detailed her entire relationship with the Snowdens. Similarly, it mirrored Chrissy’s time there. Cobbs also rallied around Chrissy, who went into hiding. Along with Ariadne, they created a GoFundMe. Eventually, a former friend, Ken Spencer also spoke out against Dmitri and his behavior. Viewers have even created a petition to get the Snowdens off of the show. Now, it seems Dimitri’s luck may have officially run out.

Is Dimitri Homeless and Single?

According to emails obtained by John Yates, it looks like Dimitri may be homeless. During quarantine, he was down on his luck with his job. He took on odd jobs, delivering food and such. He had more mouths to feed and a lot more responsibilities. The Snowdens lived in an almost million-dollar home in California. Not only did Yates talk about it on his channel but he shared the emails on his social media.

Dimitri owes people money but is seemingly desperate to find ways to offset that. He clearly is not trying to avoid paying it. Dimitri just wants help and assistance. As for his relationship with Ashley, they are not legally married. He is currently in divorce proceedings with Chrissy. Ashley has been posting photos alone with her kids but she never really posted much with Dimitri.

She did make a point of saying she and their three children would be covered if anything were to happen. Just keep following the situation as these Seeking Sister Wife couples keep getting more bizarre. Do you think Dimitri is homeless? Finally, did Ashley kick him out or did he lose his home to debt? Let us know in the comments!