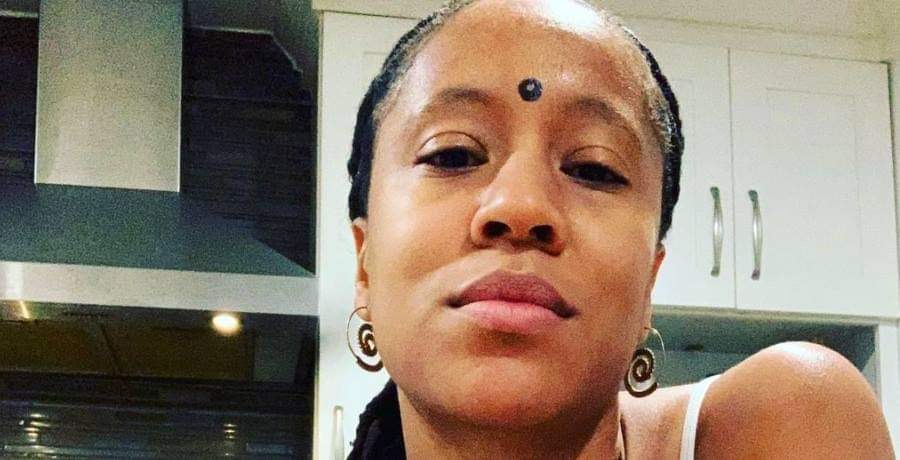 Ashley Snowden is speaking out on speaking out. In her latest Instagram post, the Seeking Sister Wife star is offering advice on being in the public. She also addresses the need to share struggles and gifts and the courage that accompanies such openness. However, within Ashley’s pep talk came a very clear message. She is nobody’s puppet and her followers were here for it.

Seeking Sister Wife fans have long criticized Ashley Snowden. They never understood her desire to go braless or wear a Bindi without religious backing. Additionally, the diet she and her husband, Dimitri made potential sister wives undergo was insane. They followed a strict alkaline diet for 21-days prior to being intimate with Dimitri. The fact that she was also so willing to share her husband with another woman was also a head-scratcher. Rumors have swirled she is always naked in her home, even with people around.

It was not until Season 3 where every move she made was severely nitpicked. A month in, Ashley and Dimitri were accused of domestic abuse by Christeline Petersen. On the show, they were seen courting two potential sister wives, one being Christeline.  In real-time, Dimitri and Chrissy had legally married to keep her in America. Though the charges were dropped, viewers started to watch the couple with a fine-tooth comb.

Along with Chrissy, the other potential sister wife, Tayler had moved in. They all lived together during the pandemic. Viewers commented how well the Snowdens children took to new people. They also mentioned how much Ashley clashed with Tayler who she once adored. On Chrissy and Dimitri’s wedding day, Ashley was viewed as controlling. Now, she is speaking out while shutting everyone down.

Ashley’s message is such: she is here to disrupt the programming. She does not care what anyone thinks about her and she will live as she pleases. Ashley will make no apologies for not wearing a bra or walking this Earth barefoot. Yet, the message is deeper. She does not feel the wounds of your past should pour over into how you live your life. This could be a direct jab at those who have spoken out against her and Dimitri (Vanessa Cobbs, Ariadne Joseph).

Regardless her faithful followers are here for the word according to Ashley. Though she limited comments on her post, here is what some followers said: “Girlllll, you need to write a book!! 🌺 You are great with words and I find your thoughts to be quite profound. The public eye is a beast that I can only imagine due to the low-vibing, chaos seeking human nature of many. It’s wonderful and motivational to see you maintaining your boundaries.”

Another commented: “SO love your words on Purpose & the gifts of thriving.” What do you think of Ashley’s words? Would you follow her mantras and who do you think it is aimed at? Let us know in the comments below.