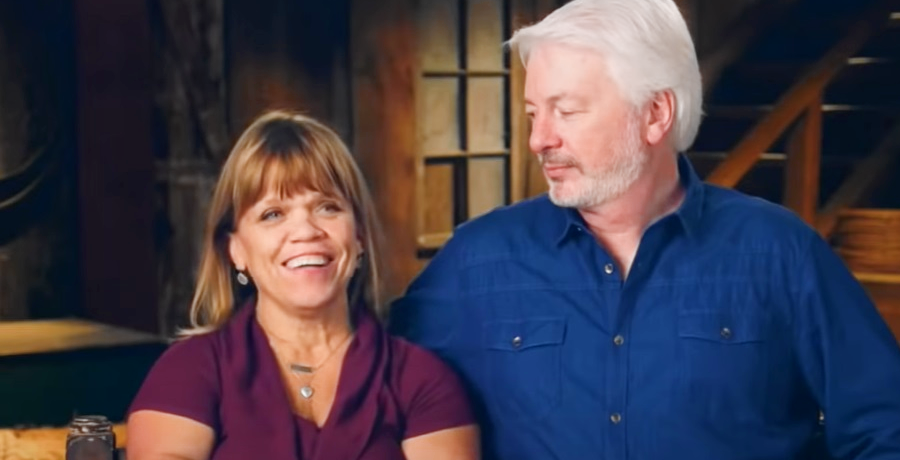 Amy Roloff has been planning her wedding to Chris Marek for months. As viewers of Little People, Big World know, the wedding has come together piece by piece. In last week’s episode, she confirmed a summer wedding date. In a preview for the next episode, Amy Roloff decides on a wedding venue. Where will her second wedding happen?

The Roloff farm has been a sore spot between Amy and Matt Roloff. The exes fought over how to divvy up the farm in the divorce. Matt wanted to buy out Amy’s share, but she took forever to come to terms with giving up her share. She ultimately did and Matt Roloff owns the farm these days.

In fact, Amy Roloff is no longer involved in planning the popular fall pumpkin events on the farm. She did make an appearance during the 2020 season, but wasn’t in charge. Anyone who watches LPBW can imagine how difficult it was for the Type A personality to give up control.

Matt and Amy’s divorce was quite contentious, with Amy accusing him of having an affair with now-girlfriend Caryn Chandler. Amy has moved on with her new man, Chris Marek. The two got engaged in 2019, but the pandemic delayed their wedding.

In recent episodes of Season 22, viewers saw Matt extend an olive branch to his ex-wife. He gave her the opportunity to have her wedding at Roloff Farms.

Roloff Matriarch Not Eager to Tie the Knot on the Farm, Sets the Idea Aside as Plan B

Surprisingly, Amy Roloff’s fiance was totally on board with having a wedding at the farm. Amy was more reluctant. In fact, she put the farm option on the back burner as she looked for other possible venues.

Did she ever find one or will her wedding happen on the farm? Zach Roloff seemingly confirmed that TLC cameras will capture the nuptials. His wife Tori also teased that their sweet daughter Lilah may have a role in the wedding.

Is Plan B the New Plan A? Wedding Venue Confirmed in LPBW Preview

In a preview shared exclusively by People magazine, Amy Roloff finally makes a decision about her wedding venue. Roloff Farms it is! In the preview clip, she says, “Chris and I have made the final decision on the wedding venue and we’re getting married at Roloff Farms.” What made her change her mind?

Simply put, it sounds like availability played a part in choosing the farm. Chris and Amy’s aren’t the only couple who couldn’t marry in 2020. And it seems that all the couples planning a 2020 wedding are tying the knot this year. Amy couldn’t find an open venue for the date she wanted.

Amy Roloff and Chris Marek will tie the knot on August 28, 2021, on the Roloff Farms. Stay tuned to see if fans will be cordially invited to the wedding via TLC cameras. According to Zach Roloff, his siblings will be in attendance.

Watch Little People, Big World Tuesdays on TLC. Here’s what viewers can expect the rest of the season:

A wild ride with the Roloffs and MORE heading your way! See what’s in store for the rest of the season and catch all new-episodes of #LPBW, Tuesdays at 9/8c. ✨ pic.twitter.com/fkjmPXSAkV