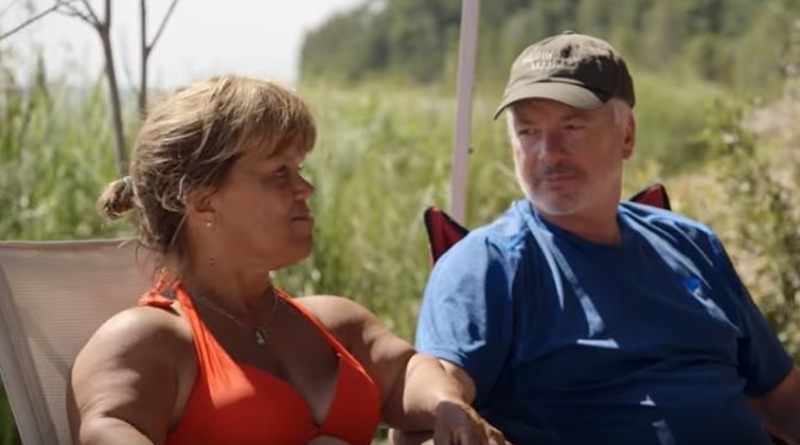 LPBW fans heard from Amy Roloff that she’s got plenty of plans for 2020. She mentioned filming, and we also know we can expect a new Little People, Big World season in about spring this year. But, her 2020 plans don’t include marrying Chris Marek. While fans will probably see her move into her new home, they won’t see a wedding on TLC next season. Amy apparently goes through a few financial hardships right now.

TV Shows Ace reported that Amy’s got plenty of plans for next year. These include more “filming.” Plus, she said on Instagram that she plans on traveling with Chris and continuing to explore the world. It looks very exciting and positive, fans think. Then we reported that Amy also elaborated about her move into her new home in Portland. Suggesting on Facebook that a new season comes in spring, she said that we can expect to see that play out.

But, fans hoping to see Amy and Chris tie the knot in the next season might be very disappointed. Apparently, that’s not scheduled for 2020. In fact, it looks like it’s been pushed to the backburner and might only happen the following year. Fans know that Amy and Chris got together three years ago. He popped the question, to her surprise, and she accepted. Excited LPBW fans expected the grand event to come this year.

Sunday brunch in the new house😊. Woohoo! It’s been an adventure so far, definitely another BIG change in my life, after 30 years living on 33+ acres, and really not sure how to feel about it all. It might all hit me later but what I do know, this change was necessary. It’ll take time getting use to- living in a neighborhood, being in a new house and making it a home ♥️🏡♥️. I’m ready though and I like my new house. In the meantime I’m fortunate, after 30 years living on the farm, that I get toI put on myself time, til end of January, to purge and completely move out my things and Keep what I really want and / or need from the farmhouse and take to the new house. Whew! Purging is the tough part and a good thing at the same time. Chris has been wonderful helping me do projects at the new house too. Couldn’t have done it without him. Thankful 🙏🏻. ♥️ Oh yeah more of All the details on my move will be a new season of @tlc #littlepeoplebigworld when new season episodes air maybe sometime in the spring. 🎉😄🎉What changes are you needing or feeling you need to make in 2020? What Things you hope don’t change? #amyroloffssecondact #storyofamyrandchrism #amyroloffsnewhouse #bigchange #bigmove #newadventure #lovebeingagrandma #lovemyfamily #lovemykids #community

Amy explains the delay of her wedding to Chris

The news that the couple won’t marry in 2020 came via a Facebook Live between Amy and her friend Lisa Dixon toward the end of December. Radar Online revealed that Amy’s in a bit of a financial pinch. Apparently, the new home and the renovations to it hit her pocket quite hard. They noted that the house took way longer to get done than the LPBW matriarch anticipated. Plus, “Christmas shopping put a dent into her finances.”

Amy said, “There’s like no money left in my bank account, the money is literally flying out the doors!” Well, hopefully, the new season of LPBW helps her out on that side of things. But, fans shouldn’t stress that the couple won’t get married. According to Amy, the delay’s temporary and “2021 is when it’s going to happen.” Fans certainly hope so. After all, they really hope that Amy finds new happiness after the divorce from Matt.

What do you think about Amy delaying her wedding to Chris? Are you sad to hear about that? But, at least fans know they’ll soon see more of her on the TLC show. Sound off your thoughts in the comments below.