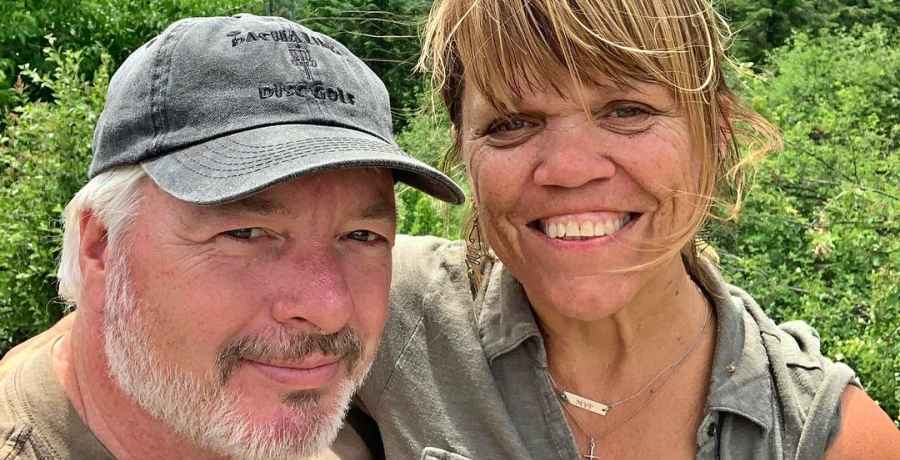 In a teaser for Tuesday’s episode of LPBW, Zach Roloff admits that Amy Roloff is almost the face of pumpkin season. He explains how she makes her presence known and says hi to everyone. However, with ongoing changes at Roloff Farms, Zach says that this year, things are different. He says his mom is no longer part of the big decision-making for pumpkin season.

Big changes are ongoing at Roloff Farms since Matt Roloff and Amy Roloff became divorced. Now it is pumpkin season again and while Amy will be there, she is not participating in the same way she was before. In a teaser, Zach Roloff explains that his mom is almost the face of pumpkin season in a way.

This year, Matt Roloff is busy brainstorming how to safely accommodate visitors to the farm during the COVID-19 pandemic. It isn’t that easy to keep everyone correctly socially distanced while they pick pumpkins.

Matt, 59, says that since he bought Amy out of the farm it has been difficult. There was a lot of “back and forth” as to whether they w0uld even attempt pumpkin season this year. Speaking of the pandemic and all the restrictions, he wasn’t sure they could even do anything. However, despite that, they have decided to try and do something for pumpkin season. However, they just don’t know what it is going to look like.

In the clip, Matt is out on the property with his girlfriend Caryn Chandler. They are accompanied by his son Zach, his daughter-in-law Tori, grandchildren Jackson and Lilah and farm manager Karen “KT” Thomas. The group is busy discussing the possibility of visitors having to make reservations to visit the farm. Caryn says they get so many people, they could be overwhelmed, adding that it is a “really tough decision.”

Caryn tells the cameras that they know people have to wear masks. They also know they have to do social distancing and that it must be a “low-touch operation.” Matt’s girlfriend says they are focusing on those three things to see where they can land.

Amy Roloff will be there for pumpkin season

While Amy Roloff left the farm in early 2020 after the divorce, she will attend when the farm reopens to the public. However, she won’t be part of any of the planning for the pumpkin season.

Zach, 31, tells the cameras that his mom is not part of the big decision-making of pumpkin season this year. However, he says his mom enjoys taking photos and is still planning on participating in the big event. Zach admits that after Amy took a step back last year, he is glad she will be more involved this year.

Zach says his mom is “almost the face of pumpkin season in a way.” He says she always shows her presence and greets everyone. According to Zach, this is just a big part of a lot of people’s experience at pumpkin season.

Matt’s girlfriend, Caryn, had also taken a step back from helping with the annual autumn operation. She tells viewers that she used to run pumpkin season “forever.” However, they decided it was best for her to take a step back last year to keep the peace.

Matt says that he and Caryn had decided it was probably best if she is not involved in pumpkin season. She responds, saying that she did it for a decade and loved it. Then COVID-19 hit and somehow she has ended right back in the middle of it all.

Caryn then makes a slip of the tongue, saying she is married to the guy that owns a pumpkin patch. She asks, how can she not be into it? She suddenly realizes what she has said, quickly adding, “I’m not married. Did I say married?”

Matt laughs, saying yes she did, to which Caryn responds, “I feel like I’m married to a guy with a pumpkin patch.” Is that slip of the tongue a hint of wedding bells to come?

Readers can watch the full LPBW teaser clip on People’s website and catch the latest episode on TLC on Tuesday, June 8 at 9 pm ET.