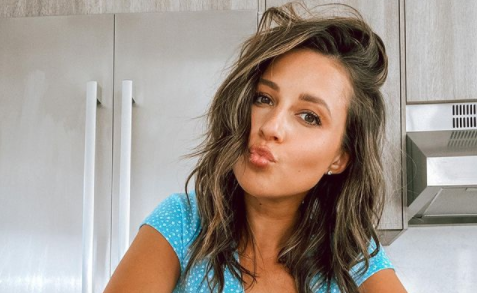 This week’s episode of ABC’s The Bachelorette might be over – but fans’ heads are still reeling. Read on to learn about Katie Thurston’s shocking reveal on Monday night’s episode.

Ganging Up On Karl

The June 21 installment of The Bachelorette brings viewers right back into the drama of last week. If you’ve been waiting on a season that keeps you on the edge of your seat – it seems that its finally here.

As we saw last week, Karl very openly voiced an opinion that many of his co-contestants were being disingenuous. He claims that several were there for all the wrong reasons. While the other contestants moved to question him about why he would say this – Katie Thurston moved to end the party. The brunette bombshell clearly had something weighing on her mind. She, however, explained her exit by telling her suitors that she could not currently give them the ‘energy’ that they deserved.

While the men went round and round in conversation about what could be going on, contestant Greg made the move to check on Katie. In a vulnerable moment, she confided in him that she didn’t feel like she could trust all of her suitors. She also revealed that she was unsure of the decisions she needed to make moving forward into the next rose ceremony.

One Hell Of A Rose Ceremony

During the rose ceremony that followed, Katie still seemed a bit shaken. She began to hand out this week’s roses to her suitors – including ‘virgin contestant’ Mike Planeta. As Katie presented Mike with his rose, he chose to use his brief moment face to face with his potential love interest to pass on what he felt was an important message. Speaking on behalf of the bulk of the men present, Mike told Katie that they felt that despite his campaigning, they felt that Karl was not what he appeared to be. The general consensus was that the men didn’t trust him and didn’t feel he was being truthful when it comes to his life and his motivations.

According to US Weekly, Thurston unexpectedly paused the entire ceremony. Armed with new info, Katie called a private meeting with Kaitlyn Bristowe and Tayshia Adams to get their advice. She admits to her mentors that she had fully intended to keep Karl in the running – at least for the present. It seems, however, that she feels the men have her best interest at heart and quickly reconsidered. After reflecting on the situation, the rose ceremony continued. In the end, Katie ended up sending Karl packing – along with fellow contestants Kyle, Garrett, and John.

Katie Thurston Opens Up About Past Trauma

As the contestants moved past the debacle of the week’s initial rose ceremony, Katie hoped to focus on having the men be more transparent with her. Clearly valuing genuine motivations and honestly, Katie opted for this week’s group date to give the men the opportunity to open up to her and to their fellow contestants. She opted to have Nick Viall lead a large group discussion between her and her suitors. The men were asked to share about their lives and past relationships.

After listening to her admirers share personal stories, Katie felt that she too needed to be more honest and transparent with the men. In a shocking turn of mood, Katie revealed that she had once been the victim of a sexual assault. The men intently listened, many with empathy on their faces as she describes falling into a situation “where there wasn’t consent.”

The reality celeb told her potential suitors that the event has had long-term impacts on her mental health and relationships. She says the event happened ten years ago and caused her to have an unhealthy relationship with sex. She describes going through feeling guilt and shame because she had been drinking during the evening. Katie even says she fell into a relationship with the person afterward because she was deep in denial about what had happened. She revealed that it was only over many years that she was able to really get perspective and reach the point where she realized that it was not her fault and how truly important the concept of consent is.

Getting Support From the Contestants

After sharing her experience, Katie Thurston received a lot of support from the men. They seemed genuinely sympathetic. Many moved to provide encouragement and words of comfort. Katie seemed pleased to be able to share a vulnerable moment with contestants and receive such warm feedback. Many fans now wonder how this will affect interactions between Katie and the contestants going forward.

Will the men be more timid, fearful of triggering past trauma? Will a few try to swoop and rebuild her ability to trust men? That remains to be seen.

Stay tuned to TV Shows Ace for all the latest Bachelorette news!