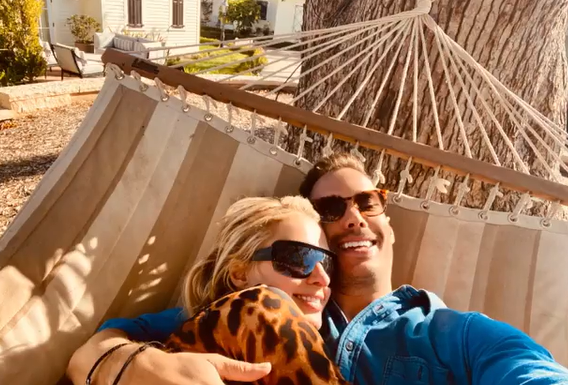 In the advertisement for Paris Hilton’s new documentary she explains she created a character that she played perfectly. In the documentary Paris revealed she’d covered up childhood trauma no one knew about until now. For the first time Paris wants to be a voice for others that suffered the way she did.

At a young age, because they couldn’t control her, her parents sent her to boarding school in Utah. Hilton lived with her parents in New York. Paris Hilton said living there allowed her to sneak out easily and go to clubs. She said, “My parents were so strict that it made me want to rebel. They’d punish me by taking away my cell phone, taking away my credit card, but it didn’t work. I would still go out on my own.”

When they couldn’t deal with her anymore they sent her to boarding school at the age of seventeen. She said the last one she attended, Provo Canyon School, is where she suffered abuse.

One day you will kiss someone and know those are the lips you want to kiss forever. 💕😍😍💕

What Type Of Trauma Did Paris Hilton Suffer?

The Simple Life star said when she went she knew it would be the worse one when she arrived. She said it was supposed to be school, but they didn’t focus on classes according to People. Paris said, “from the moment I woke up until I went to bed, it was all day screaming in my face, yelling at me, continuous torture.”

She said the staff would bully her and say terrible things to her. Paris Hilton said, “I think it was their goal to break us down. And they were physically abusive, hitting and strangling us.” Other classmates on the new YouTube documentary said similar things about their experience at the school. Paris Hilton said the school made her feel like a prisoner and she had panic attacks daily. The students didn’t have much contact with their parents. She said, “We were cut off from the outside world. And when I tried to tell them once, I got in so much trouble I was scared to say it again.”

The Socialite Thinks The Movie Will Help Her Move On

Paris Hilton said, “I buried my truth for so long. But I’m proud of the strong woman I’ve become. People might assume everything in my life came easy to me, but I want to show the world who I truly am.”

The school responded to questions about the allegations saying, the school changed hands in 2000. They said they, “therefore cannot comment on the operations or patient experience prior to this time.” Paris said she will watch the movie with her parents. When she left the school at eighteen she didn’t tell anyone. Hilton said, “I was so grateful to be out of there, I didn’t even want to bring it up again. It was just something I was ashamed of and I didn’t want to speak of it.”

While Paris Hilton reveals she still has nightmares, hopefully this documentary will give her some peace. She said she wants to shut the places down. She said, “I want them to be held accountable. And I want to be a voice for children and now adults everywhere who have had similar experiences.” The documentary will air on YouTube on September 14th.