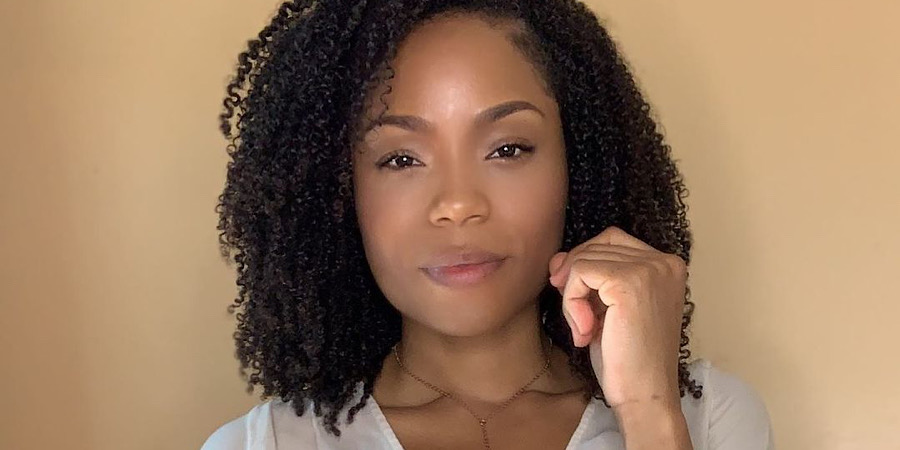 Ariadne Joseph is standing by Christeline Petersen. Along with YouTube host, John Yates, Joseph has created a GoFundMe for the Seeking Sister Wife cast member. The fundraiser is aimed to help Christeline and her two children get clothing and supplies. Currently, they are in hiding from Petersen’s estranged husband, Dimitri Snowden. He filed for divorce less than two weeks ago. Chrissy and her family would like to return home to  South Africa.

In the current season of Seeking Sister Wife, Dimitri and Ashley Snowden are courting Christeline and Tayler Monique. Upon meeting with the couple in person, both women blended very well. Tayler decided to move in first. COVID forced Chrissy and her children to rush to California for their next trip. In the end, they never left due to stay-at-home orders and a travel ban.

Eventually, Tayler escaped to Texas and never came back. However, Chrissy stayed and ended up legally marrying Dimitri in July 2020. By April of this year, she had accused him of domestic abuse. She stated it had been going on for about a year. Chrissy also said Ashley was abusive towards her. She sought restraining orders against both of them, obtaining a temporary one for Dimitri.

A few days after the allegations came out, the TRO was dropped as were all of the charges. All of the Snowden’s former partners stood with Chrissy. Ex-sister wife, Vanessa Cobbs and Tayler shared their support. Soon, former sister wife, Ariadne came out and did a multi-part interview with John Yates. She backed up every single one of Christeline’s claims.

When Christeline left the Snowdens, she seemingly left with very little to nothing. Having formed a bond with Vanessa, Tayler, and Ariadne, the women are using their platform to help out. In a snippet from the fundraiser, Ariadne writes: “Christeline Petersen and her two daughters are in dire need of clothing and other essentials and supplies as they have few possessions with them where they are at. After having endured severe domestic abuse at the hands of her Husband, she is now in hiding and fears for her life.”

She has set the goal at 10K and as of this morning, they have raised almost seventeen hundred dollars. Yates has gone into some Facebook fan groups to address his involvement. He pointed out that he never promoted GFM due to a stigma attached. However, he would not be promoting it it was not true. Yates also adds that Sidian Jones from Seeking Sister Wife has already donated ($135). He is not the only one. Tayler donated $250 and Vanessa Cobbs donated $130.

Vanessa, as you may recall, wed the Snowdens at the end of Season 2 then left after the tell-all. She is currently the beneficiary of the GFM so the ladies are all working for Chrissy’s benefit. Cobbs has been doing humanitarian work in Australia since she left the family so this comes naturally.

What do you think of the GoFundMe? Let us know in the comments and watch Seeking Sister Wife Mondays on TLC and discovery+.