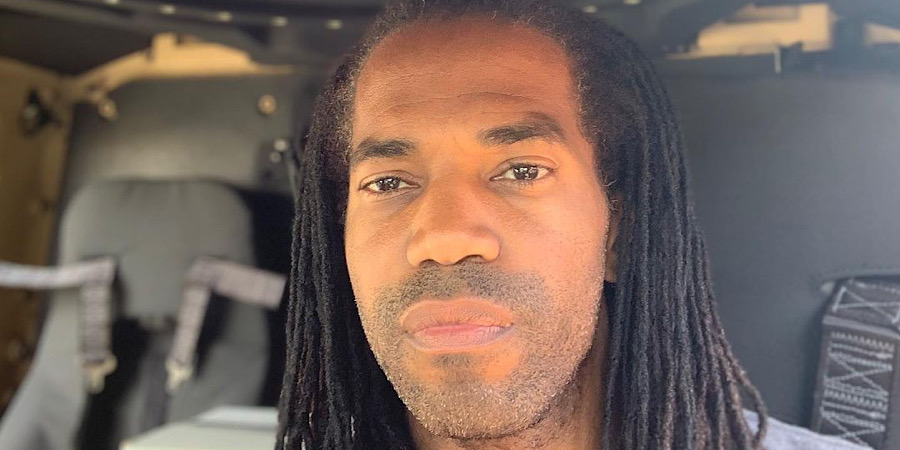 Dimitri Snowden was just accused of domestic abuse by Christeline Petersen. The reality star and his wife, Ashley, are pursuing Petersen on the current season of Seeking Sister Wife. After a year together, the South African native alleged Dimitri was aggressive towards her both physically and verbally. Christeline claimed the same for Ashley and sought a restraining order against both. A temporary RO was granted for Dimitri then dropped this past Wednesday. On it, he was listed as Christeline’s husband/domestic partner. Are they married?

Dimitri and Ashley refer to themselves as married however, they are not. The couple has a spiritual union. Their union with Vanessa Cobbs was spiritual, as well. When TMZ broke the news about the domestic abuse and restraining order, Christeline was referred to as a wife. Fans wondered if she legally married Dimitri since he’s technically single.

In Season 3 of SSW, Dannielle and Garrick Merrifield divorced so he could marry their Brazilian sister wife. The only way for her to come to America was to obtain a K1 visa and wed Garrick. It is extremely plausible that Christeline’s only way to come to America from South Africa was to do the same with Dimitri. YouTuber Sheality TV obtained the restraining order and focused on marital status. Dimitri is listed as Chrissy’s husband/domestic partner. No one is quite sure if they have officially tied the knot. As of now, a marriage certificate has not been located.

However, it certainly appears Dimitri has more of a commitment with Chrissy than he ever had with Vanessa. She also requested to know what he was doing with their belongings or major purchases. This is something only a wife would want legal knowledge of and access to.

No Stranger To Marriage

Dimitri is no stranger to marriage. Prior to meeting Ashley, he was married to a woman named Musawenkosi Ndlovu. According to RadarOnline, Dimitri and Musawenskosi were married until 2011 when he filed for divorce. Around the time the marriage started to fall apart, Dimitri met Ashley and they began courting. Not much else is known about his ex-wife and they had no children.

As of now, Christeline has moved out of the home she was sharing with Dimitri and Ashley. It also appears Tayler left the family several months ago. She extended her love to Chrissy right after the story broke through social media. The henna artist/yoga guru shared a photo of her and Christeline. She sent her love to the former sister wife while Vanessa Cobbs also sent a message. Cobbs was married to the Snowdens for a short period of time but left after Season 2 ended.

On her Instagram, she shared a picture of a purple heart on her hand. Purple is the color to support victims of domestic violence. It opened up the conversation of if she left due to DV. In some states, Seeking Sister Wife had been pulled but is seemingly back on the roster. New episodes air Mondays on both TLC and discovery+. This week, Tayler and Christeline will both be staying with the Snowdens after Tayler moved in last week.

Will you be watching and do you think they got married? Let us know in the comments below.

‘Bachelor in Paradise’ Jade & Tanner Tolbert List California Home
From Pilot To Football Player, Sydney Hightower Is Off The Market
Duggar Fans Not Impressed With Family’s Response To Josh’s Allegations
The Young and the Restless Spoilers, May 17-21: Moments of Truth For Chloe And Kyle
’90 Day Fiance’: Maxwell Jessen Interviews A Politican