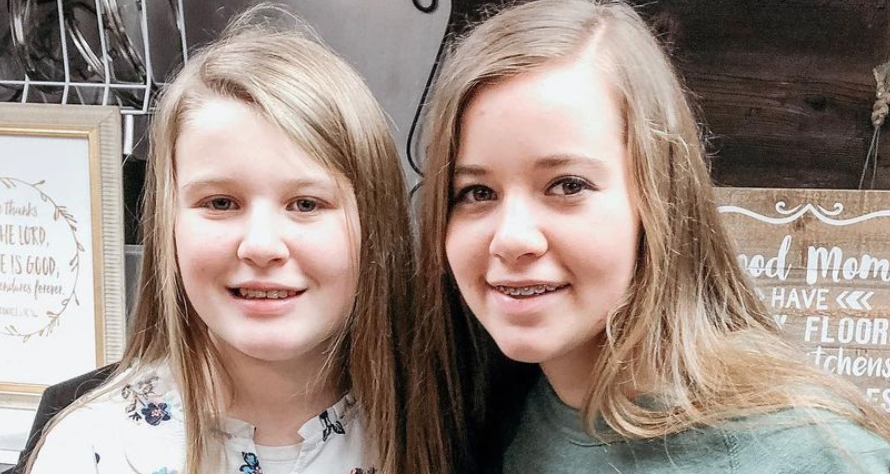 Johannah Duggar was rumored to have a boyfriend, but now he’s speaking out. Carver Bowers, her alleged boyfriend, is opening up about these claims and revealing whether they’re true.

Recently, as we previously reported, rumors about Johannah “pre-courting” Carver started going around. Though the Duggars don’t typically pre-court, the Bates have in the past. So, it’s possible that the pair was spending some time getting to know each other.

Over the years, they have hung out and taken pictures together plenty of times. It looks like Johannah’s and Carver’s families are close. There are plenty of photos of all of them hanging out together on Carver’s Instagram page.

One problem was clear though, and many fans and critics took issue with it. Carver is 19 while Johannah is only 15. While most people agree that couples being a few years apart isn’t a problem, this seems to be a bigger deal since Johannah is so young. If they were a decade older, it would matter so much, fans say.

After the speculation spread, a source that spoke with Katie Joy of Without a Crystal Ball said:

“Johanna has friends in Iowa – over the spring she attended a wedding & stayed with a family that the Duggars are friends with – Jackson was also with her. The photos circulating are from the wedding. She sang a song with him & 3 others. She also was seen in a car with him. My source says that Johanna is not courting anyone & not interested in Carver. They claim that she likes someone else, which was not disclosed. Carver may be photographed with her & may have interest in her, that part I could not confirm. However, Johanna was not at the wedding to see Carver, it was a mutual friend. They stayed with another family – not the Bowers. So, no, there is no truth to the rumor that Johanna is courting or even pre-courting Carver.”

Now, Carver wants to set the record straight about where he stands with Johannah. In an interview, he spoke exclusively with The Sun and revealed whether he and Johannah are actually romantically involved. He said, “We are great friends but no, we’re NOT courting or getting to know each other with intentions of marriage AT ALL.”

While the pair is friends, he’s pursuing a relationship with someone else. He said he’s “currently thinking about someone completely different.”

The 19-year-old musician adds that he’s “Just friends with her and her family.”

So, are you glad to hear that Johannah Duggar isn’t involved in a relationship just yet? Let us know in the comments below.