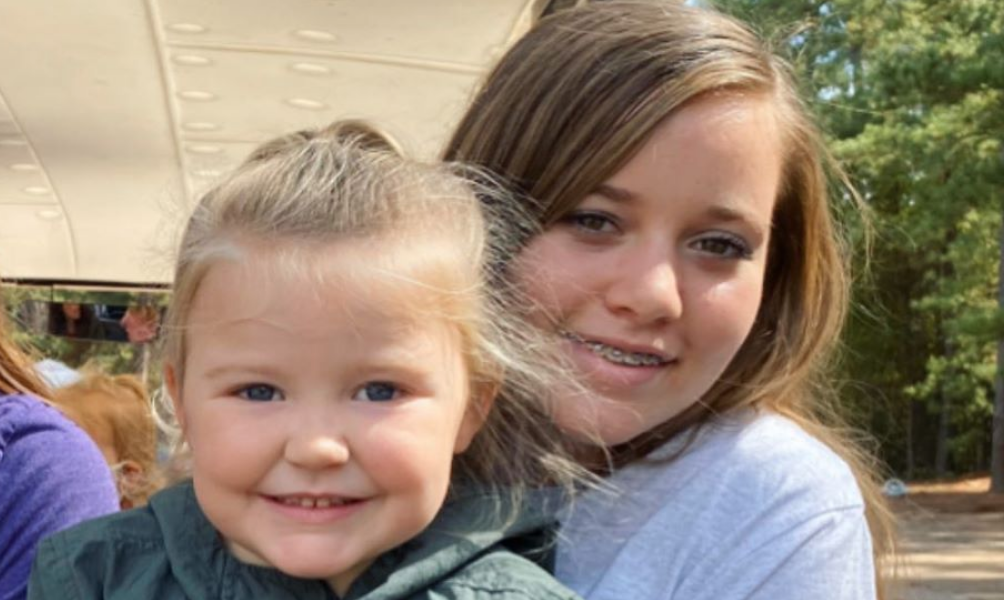 What some Duggar followers want more than anything is just for one of the Duggar girls to turn 18 and move OUT without getting hitched to a man first. For a long time, fans suspected Jana Duggar would finally grant that wish. But, she’s in her 30’s and she still lives at home because she hasn’t found that special someone. So, now, fans and critics alike are turning to the girls left in the household. Will anyone rebel from the family’s tradition? Or, will everyone continue to live with Michelle and Jim Bob Duggar until marriage?

The Duggar family is busy celebrating Johannah’s 15th birthday today. Jim Bob took Johannah and some friends for ice cream. And, it looks like Michelle took some of her girls for a bite to eat. The couple also shared an old snap as they reflected on how fast their children were growing. They desperately wanted time to slow down.

Johannah’s 15th birthday really got the Duggar Snarks talking on Reddit today. They jested it would only be a few years until she was married with children. And they accused Michelle Duggar of showing favoritism toward Johannah. But, some are now questioning if that favorite Duggar child will finally rebel from the family traditions.

Snarks think might finally be the one who breaks free.

The general consensus among Duggar Snarks is that Johannah gives off all sorts of rebel vibes. And, they have “high hopes” that she will break free from the family traditions when she turns 18. They’d like to see her go to college. Or, just move away from her parents and enjoy a “normal” life. Unfortunately, they suspect the Duggar children do not get the best education. And, they question how she’d really go anywhere without an education or money. Still, here’s what Duggar Snarks have to say about it.

Happy birthday, Johannah! This girl is so fun and outgoing, and she loves making new friends. Her younger sisters absolutely adore her and think she hung the moon, and I couldn’t be more grateful to God for choosing me to be her Mom! Happy 15th birthday my sweet Johannah! 🎉✨❤️ The years keep going faster and I’m doing my best to slow them down and enjoy every moment!

“I’m rooting for Johannah. I can’t quite place my finger on it, but she seems to have a bit of a different attitude than her older sisters.” One individual hoped. And, they continued to explain: “I think she may have ‘fallen through the cracks’ in some ways and has hopefully developed her own opinions and thoughts.”

I have hope that she’ll leave at 18 or as a young adult and do her own thing. I could be completely wrong though. And she actually has some friends outside of the Duggar family? That’s good news.”

Another agreed: “She’s also the one who was really close with Jackson when they were little. After they were separated for god-honoring gender conforming brainwashing, Johannah always seemed kind of on her own compared to her other siblings. I also totally get those ‘fallen through the cracks’ vibes with her.”

Legally, she still has a few years before she could move away from her family. But, once she turns 18, Jim Bob and Michelle could not stop her if she wanted to leave. The question is… Would she? And, where would she go?