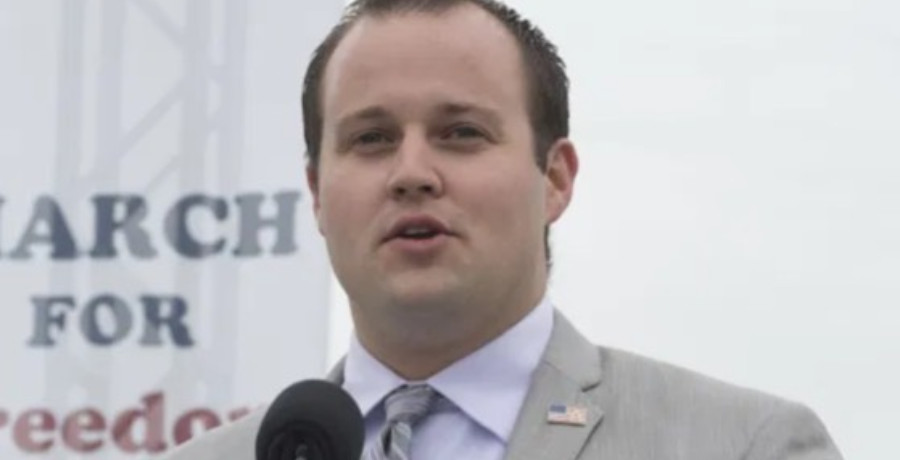 Is TLC inadvertently funding Josh Duggar’s legal defense? Could the network still have a connection to the former reality star? What has Duggar son-in-law Derick Dillard said since Josh Duggar’s arrest that shines the spotlight on TLC?

Josh Duggar was arrested on April 29th for unspecified charges. It was only after his arraignment hearing the next day that his alleged crimes went public. Federal agents accuse the eldest Duggar of downloading explicit images and videos of young children being s*xually abused.

He was in jail for a week until his detention hearing on May 5. At that time, the judge granted his release for May 6, pending his trial in July. However, the judge gave Josh Duggar strict limitations for his release. He cannot have any communication with minor children, including his nieces and nephews.

The judge made an exception for Josh and Anna Duggar’s six children. While Josh Duggar cannot live at home, he can spend time with his kids under Anna’s supervision. So, where is he staying? With family friends until his trial.

Before Josh Duggar’s arrest, his wife clapped back at claims that he doesn’t work. But does he earn enough money to pay for his high-profile legal team? Unlikely. There are allegations circulating online that Jim Bob Duggar is paying for Josh Duggar’s lawyers.

Is TLC Funding His Defense By Extension?

But is Jim Bob Duggar really paying? After all, all of the money earned from Counting On goes to Jim Bob Duggar. In a statement after Josh Duggar’s arrest, TLC made it clear that they cut ties with Josh back in 2015.

As viewers may remember, a leaked police report revealed Josh Duggar’s dirty secret. He confessed to Jim Bob and the police of molesting multiple young girls. Several of his sisters were his victims. As a result of the scandal, TLC canceled the original Duggar show, 19 Kids & Counting.

The network brought the Duggar family back a few months later with Counting On. The spin-off originally starred the Duggar girls, including Jessa and Jill Duggar. Josh Duggar wasn’t involved, but his wife Anna was.

In 2020, Jill Duggar revealed that she and her husband, Derick Dillard, didn’t get paid to appear on the TLC show. She had to get a lawyer involved, per People magazine.

Over the weekend, Derick took to his Twitter to debate with fans over the cancellation of 19 Kids. He said that “one person” gets the money for Counting On, likely referring to Jim Bob Duggar.

Viewers Debate if TLC Should Cancel Counting On

After the shocking allegations against Josh Duggar came out in court last week, viewers are calling on TLC to cancel Counting On. Fans of the show are on opposite sides of what action TLC should take.

Derick Dillard seems to support canceling the show. He and Jill Duggar left the show a few years ago. After Josh Duggar’s arrest, Derick shared some of his experience with the show. He claims that TLC scammed viewers by rebranding 19 Kids as Counting On.

Jim Bob’s son-in-law disagreed with a Duggar fan who said that canceling Counting On would punish the other Duggar children. He pointed out that TLC canceling 19 Kids for Josh Duggar’s behavior was punishing the others

Does Derick’s side of the argument make sense?

TLC has yet to respond to a petition calling for them to cancel Counting On. Do you think TLC could be unintentionally funding Josh Duggar’s defense by paying Jim Bob Duggar’s salary?