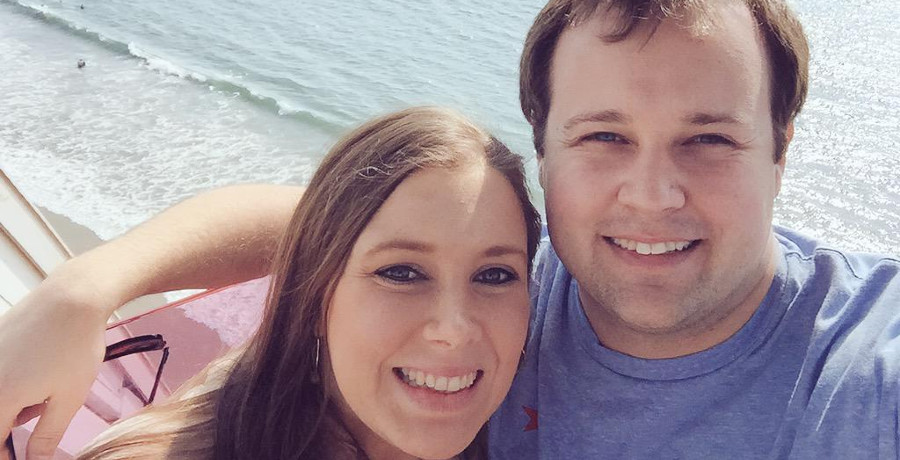 How much did Anna Duggar know about her husband’s dirty secret and when? That’s the question on the minds of many people after the disturbing details of the charges against Josh Duggar came out. He was arrested at the end of April and is facing allegations of downloading explicit s*x abuse images of children.

In a bond hearing on May 5, the feds revealed specific details about the case. Those details include an astounding number of images were found. The feds allege that Josh Duggar had over 200 explicit images in his possession. But how did he keep it a secret from his wife?

The latest scandal involving Josh Duggar isn’t his only brush with the law. In 2015, In Touch magazine leaked a shocking police report about the oldest Duggar son. The report revealed that Josh Duggar had confessed to multiple incidents of molesting young children, including some of his sisters. The incidents happened years earlier, when Josh Duggar was a teenager. However, his confession came past the statute of limitations. Meaning he didn’t face any formal charges.

In 2008, Josh Duggar married Anna Keller. It’s unclear if she knew about the molestation that occurred just five or six years before their marriage. However, she definitely became aware of it, along with the rest of the world, in 2015.

She is currently expecting their seventh child.

So, how did Josh Duggar’s dirty secret escape his wife’s notice?

How Much Did His Wife Know About Josh Duggar’s Dirty Secret?

Anna Duggar knew about the molestation and the affairs. But did she know about her husband’s alleged fetish for s*x abuse images of children? According to the feds, no. In the court proceedings this week, the feds detailed the lengths Josh Duggar allegedly went to to hide his secret from his wife.

Josh Duggar denies the charges. As of now, Anna Duggar is standing by her man. She may even believe some wild conspiracy theories regarding how the images got on her husband’s computer.

When Josh Duggar was arrested on April 29, the reason wasn’t immediately clear. It all came to light after an arraignment hearing the next day. He is facing two charges of “possessing and receiving” images of children being s*xually abused.

He remained in jail until May 6. It was then he was released with very strict limitations. His trial will start in July. However, many TLC viewers want the network to take action NOW.

TLC did cancel the original Duggar show, 19 Kids & Counting, after the 2015 police report came out. But for some fans, that’s not enough. As Duggar son-in-law Derick Dillard has pointed out, Counting On is the same show as 19 Kids, just with a different name.

A fan-created petition has exploded from 350 signatures on April 29th to over 15K demanding action from TLC. You can read the details of the petition here.

So far, TLC has yet to respond to calls to cancel Counting On. However, in a statement last week distanced the network from Josh Duggar. The statement made note that Josh Duggar hasn’t appeared on-screen since 2015.

Do you think TLC should cancel Counting On? Did Anna Duggar know more than she’s letting on? Share your thoughts on the comments below.

Check back with us regularly for updates on the Duggar family.