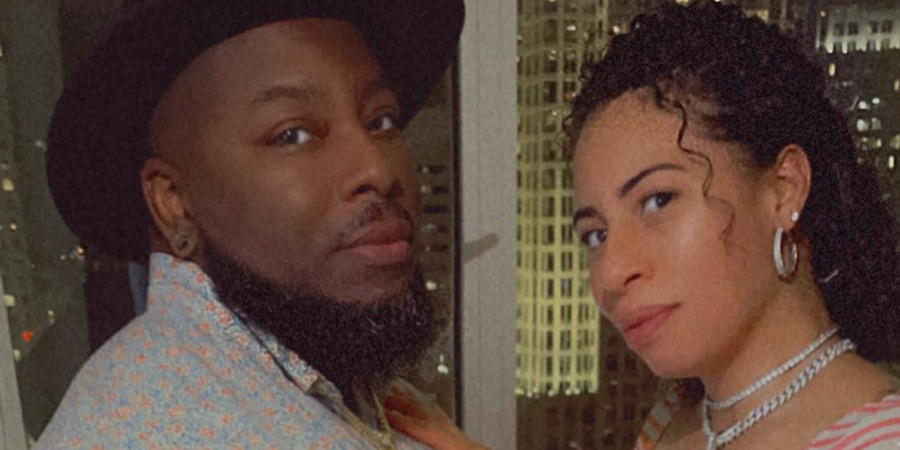 Last week on Seeking Sister Wife, Jarod Clark and Kaleh came to an agreement. Admittedly, he is not a fan of her working two jobs. However, he agreed if she started investing more time in the family, she didn’t have to change her situation. Kaleh was amenable to his terms and said she would come around more. Then COVID hit and a stay-at-home order was issued for North Carolina. What did that mean for Jarod, Vanessa, and Kaleh? A lot!

Is Kaleh Still With The Clarks On Seeking Sister Wife?

In the latest episode, production has been shut down so the Clarks could not be filmed. Once it was safe, production resumed. Due to COVID, schools had closed so Jarod was working from home and the four children were there with him. Vanessa was still going to work outside of the house so Jarod had been playing Mr. Mom. They had asked Kaleh to come and quarantine with them but she declined.

She had been staying with a friend and was still actively working in her customer service job. Because she dealt heavily with the public, it was not safe for her to be around the children. So, continuing the quarantine separately seemed to be the best option. Jarod was seen attempting to get in touch with Kaleh but her voicemail box was full. Many fans and viewers questioned if the Clarks just wanted Kaleh as a live-in nanny or maid. With the kids being out of school, her presence would have been more essential than ever.

Finally, Vanessa and Jarod were able to get in touch with Kaleh and gave her the space she needed. Ultimately, the best idea was to part ways with her. Vanessa was heartbroken because this was her first sister wife and she had been in the family for two years. Jarod believed Kaleh wanted to establish herself but did not need to leave the home to do so.

What’s Next For The Clarks?

Vanessa is very hopeful the right woman will come along. She knew a relationship could not be forced with Kaleh and that is why it had to end. Jarod is seemingly wasting no time getting back in the game. The preview for next week’s episode shows him talking to a young woman named Emily. They have been flirting for some time so he asks her if she would be interested in going on a date with him and Vanessa.

According to Jarod and Vanessa’s family Instagram, they are still looking for a new wife. This could just be a TLC privacy issue until the season ends.

Do you think it was time for Kaleh to move on from Jarod and Vanessa? Sound off in the comments and watch new episodes of Seeking Sister Wife Mondays on TLC and discovery+.

Does Ivy Seewald Have A Future On ‘American Idol?’
Peacock Has HUGE Surprise For ‘Psych’ Fans
Tori Roloff Shares Heartwarming Birthday Montage For 4-Year-Old Jackson
How Much Do The Waldrops Make From TLC’s ‘Sweet Home Sextuplets?’
What Has ‘Sister Wives’ Star Janelle Learned From Kody’s Other Wives?