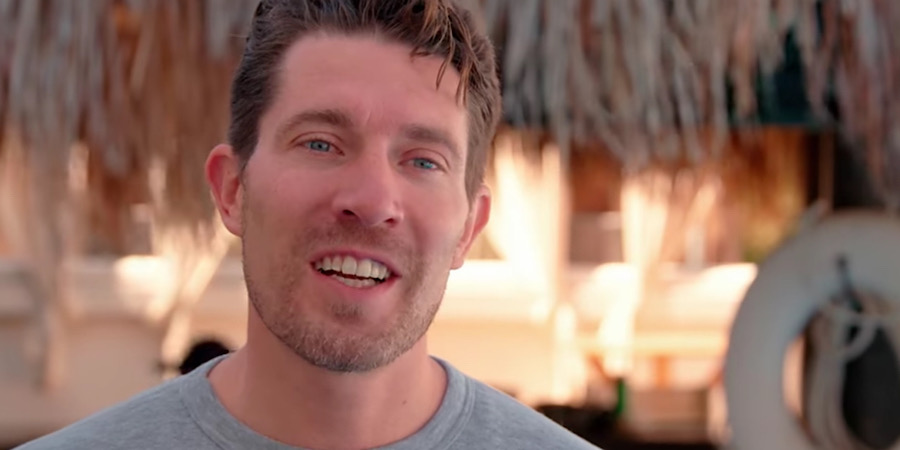 Seeking Sister Wife fans are over Garrick Merrifield and his treatment of his now ex-wife, Dannielle. He claimed God led him to enter plural marriage a few years back. However, his actions on his debut season don’t seem to reflect this ideology. Since meeting their soon-to-be sister wife, Roberta, Garrick proposed after just two days together. He then had to divorce Dannielle in order to get Roberta a K1 visa and marry her. All so she could come to America from Brazil. Unfortunately, it looks like Dannielle will be the ultimate loser in the situation.

After Dannielle and Garrick got divorced, they headed to Mexico for eight days. This would be the second time they would meet up with Roberta and the first solo trip. For the entire duration, Dannielle would sleep alone in her own room. Next door, Garrick and Roberta would share a room. This would give them time to be intimate and get to know one another on a deeper level. Roberta seemed to care for her future sister wife and referred to her as “sister.”

Knowing Dannielle would have a hard time sleeping alone, Roberta went and got “sister.” She had her sleep in the bed with her and Garrick as a comfort. Little did Dannielle know, Roberta and Garrick were quickly intimate when she ran to her room to grab her stuff. This made Garrick extremely happy but Roberta did not like keeping the secret. In the last episode, she finally had to spill the beans to Dannielle about what happened. Though she pretended to be happy for them, Dannielle was visibly sickened. It did not help that she was in the same bed with them right after it happened.

With wedding planning, Garrick pretends like Dannielle is not even there. This is supposed to be a unification of the Merrifield family. He does not look at it that way. It is his wedding to Roberta and he wants her to be happy. She does not appear to have a problem with that in the slightest.

No Social Media Connection To Dannielle

Seeking Sister Wife fans noticed Garrick only had pictures of himself and Roberta on his Facebook. He also only had photos of her with his kids. There were not any pictures of Dannielle at all. As for Dannielle’s Facebook, she also did not have any photos with Garrick. What about Instagram? Garrick has no posts but he does not follow Dannielle either. While Dannielle has a handful of posts and her profile is private, she does follow Garrick, according to his followers list.

As for who he does follow, the list is short but includes models and celebrities. He follows Kim Kardashian, Lady Gaga, Snoop Dogg, and Chris Pratt. Garrick also follows twenty-five-year-old model, Kendall Jenner. Maybe he has a thing for dark-haired women now that he’s with Roberta? Do you find it odd he’s not following Dannielle on Instagram? Sound off in the comments below and watch Seeking Sister Wife Mondays on TLC and discovery+.