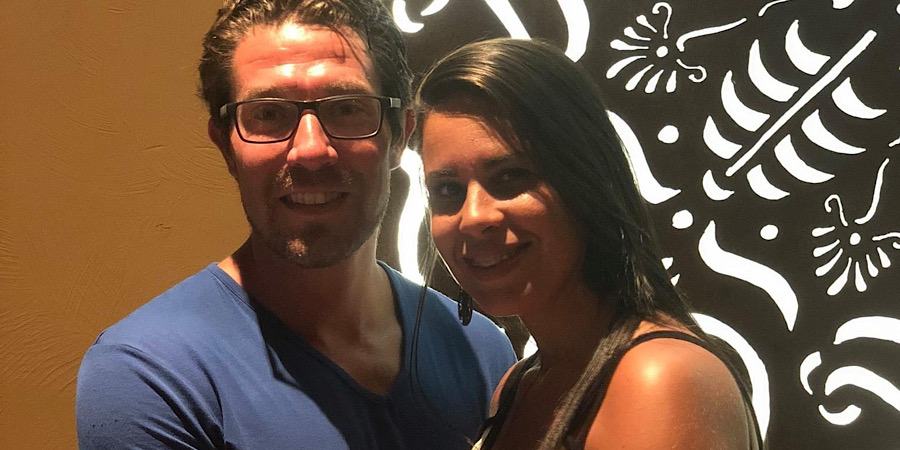 Seeking Sister Wife fans have been put off by Garrick Merrifield since day one. First, he and his longtime wife Dannielle had to divorce in order to bring their Brazilian sister wife to America. Then, he referred to Danielle  as the “big wife” and Roberta as the “little wife.” There’s been something very off-putting about Garrick, who claims he is just trying to get closer to God with this lifestyle. Now fans are even more taken aback by his Facebook page and lack of love for Dannielle.

Prior to claiming their marriage was unfixable in order to get a divorce, the Merrifields haven’t had the purest background. In 2003, Garrick was charged with felony reckless driving and not wearing his safety belt. Ultimately, the charges went down, and he was only found guilty of speeding. Eleven years later, the couple filed for Chapter 7 bankruptcy while living in Wisconsin. The debt they accrued was worth over $150,ooo, a mix of student loans and other unnamed debts. This may or may not have led the duo and their two sons to up and move for a fresh start in Colorado.

The trouble followed them because, in September 2016, Dannielle was charged with a DUI. Also included in this charge was misdemeanor child abuse and lane change violation. Though the last two charges were dismissed, she was placed on a year’s worth of probation. The two have said their marriage was far from perfect. In fact, Dannielle’s biggest concern about the divorce was Garrick would not want her anymore. Has that become the case?

Does Garrick Prefer Roberta Over Dannielle?

On the latest episode of Seeking Sister Wife, the Merrifields traveled to Mexico for an eight-day vacation with Roberta. They have not seen her in a year and for the entire vacation, Garrick and Roberta will share a room. Dannielle will be staying alone in the room next door, knowing full well the duo will be intimate. Though she seems to care for Roberta, Garrick looks at Roberta like a shiny new toy. Fans have been quick to take note of this. They observed his Facebook page is more about Roberta with no traces of Dannielle.

His profile picture at the end of March was of him and his soon-to-be second wife. Garrick’s cover photo was of Roberta with him and Dannielle’s two sons. One follower said this: “Well most disliked man on facebook in a long time!! And well deserved!!” Another followed it up by calling him a creep. However, one follower commented Garrick is not on Dannielle’s Facebook page either. This has proven to be true.

Does Garrick really only want to be with Roberta or is it merely a way to assure she gets her K-1 visa approved? Share your thoughts below and don’t miss Seeking Sister Wives Mondays on TLC and discovery+.