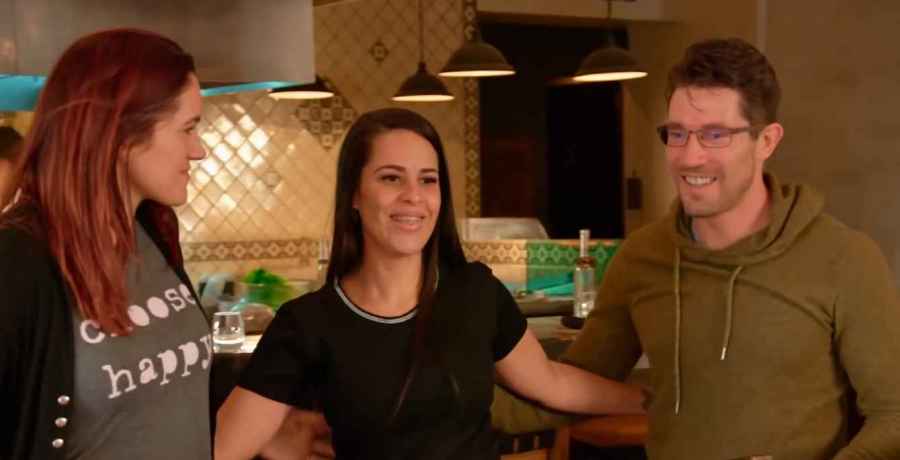 Seeking Sister Wife star Dannielle Merrifield is having a rough time on the TLC reality show. For one thing, Dannielle had to divorce her husband, Garrick Merrifield. However, she also has to get used to her new plural life with her sister-wife Roberta. Now is probably not the best time for Garrick to crack a joke and fans were certainly angry with him. The quip in question was when he dubbed Dannielle his “large” wife and Roberta his “petite wife.”

As Seeking Sister Wife fans know, this season is like a cross-over with 90 Day Fiance. This is because the only way Garrick and Dannielle Merrifield can welcome Roberta to the US is via a K-1 visa. The K-1 visa is a spousal visa that requires a couple to marry before moving into the country. To be able to do this, Garrick and Dannielle had to divorce.

Meanwhile, they couldn’t spend much quality time together, as they were accompanied by their two sons and Roberta’s mother. This time, they chose to plan an intimate trip for the three of them.

It looked like Dannielle was excited to spend time with her sister-wife, Roberta and her husband. Seeking Sister Wife fans were surprised to see the two women seemingly getting along well together. However, problems appeared when Garrick decided to spend most of his time with his new wife. Dannielle was deeply upset by this, as she expected him to share his time equally between the two women.

On his part, Garrick was seemingly oblivious and was excited to spend time with his two wives on the trip. He does his best to get along with Roberta and to make her comfortable in the new plural marriage. However, it looks like Garrick is fonder of Roberta than he is of Dannielle. This led to Merrifield making the controversial statement. He claimed that Roberta was his “petite wife,” while Dannielle was his “large wife.” Fans are unsure what he exactly means by that, but they certainly didn’t like it.

Garrick has never been popular with Seeking Sister Wife fans. In fact, they believe he only wants to have relations with multiple women and that there is no religious connection.

As noted by TV Season & Spoilers, fans on social media felt that Garrick’s description of his wives was inappropriate. Some fans called on him to apologize for his rude statement. One said, “What a terrible way to treat any woman, especially your wife.”

Comments on the trailer for the latest episode made it clear what fans were thinking. One commented, “Sister Wives is basically the husbands trying to find an excuse to have sex with younger women and not feel guilty.” Another wrote, “He’s a master manipulator. I’ll give him that.”

Keep up with the story on Seeking Sister Wives on Mondays on TLC and discovery+.