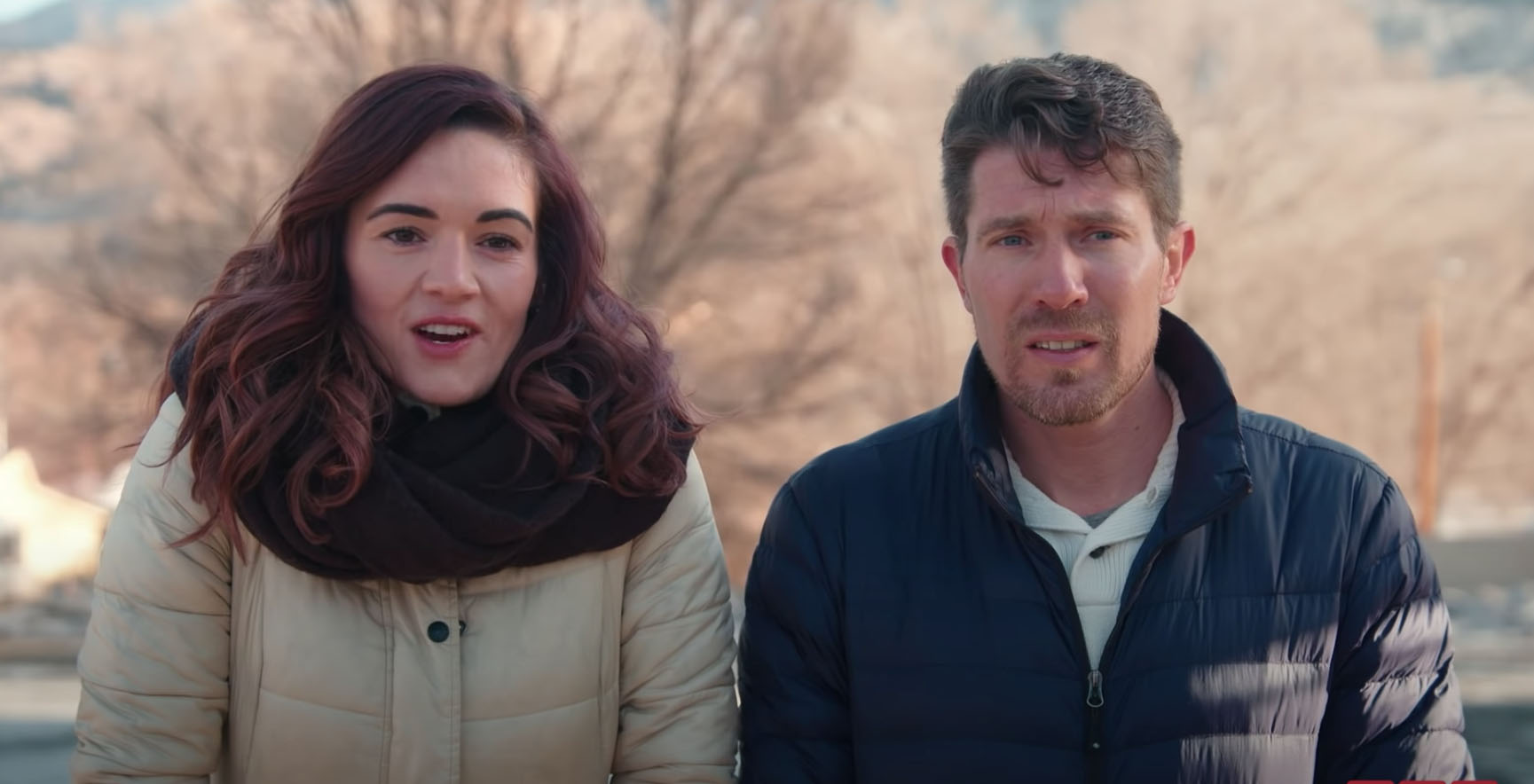 Seeking Sister Wife is taking its viewers for a ride this season. Undoubtedly, a lot is going on with Dannielle and Garrick Merrifield. There has been a lot of speculation about this couple from the start. At one point the couple discusses divorce to have a sister wife from Brazil come to America. However, that’s not all the drama going down with the Merrifield’s keep reading to find out more.

Seeking Sister Wife Garrick and Dannielle Merrifield divorce for sake of adding to their plural marriage.

Luckily for Seeking Sister Wife fans that want all the tea, Starcasm reports on some spoilers. This news comes ahead of tonight’s episode (March 29th). For starters, let’s begin with the speculation about divorce. The Merrifields, Garrick and Dannielle have been married for over a dozen years. Not only that, but this couple has two children together. Geremiah is 11 years-old and Solomon is 10-years-old. Undoubtedly, any divorce discussions and decisions will affect these two young men.

However, it seems that if the Merrifields officially divorce, it will be as a technicality. Similarly to how Kody Brown divorces his first wife, Meri, to marry Robyn and adopt her kids. This “family restructuring” allows for Robyn’s kids to have the legal benefits of being Kody’s children. However, Kody remains spiritually married to Meri.

The truth about their divorce

So, for the Merrifields, if Garrick and Dannielle divorce, this allows them to apply for a K-1 visa for their potential sister-wife, Roberta Rodrigues from Brazil. While this divorce may be to the benefit of their family in the long run, Starcasm reports that “the divorce is still something that makes them both quite emotional.”

TLC showcases all of this drama in a clip for tonight’s (March 29th) episode. Garrick and Dannielle go to the courthouse to finalize their divorce. A judge asks them if their marriage is irretrievably broken, to which Dannielle answers “yes.” However, it isn’t without tears. Sadly, with this being a preview, viewers don’t get to see enough to find out if the divorce is actually finalized or not.

Luckily for Seeking Sister Wife fans, Starcasm was able to dig up the truth about the Merrifields divorce.  On December 5, 2019, the couple files for divorce, and on February 20, 2020, the divorce is final. With those dates in mind, it is interesting to realize that what is airing is more than a year old. Additionally, while seeking an update on the family via social media searches, no one has been very active. However, Dannielle does post an occasional photo of the boys. Notably, there are not any photos with Garrick or Roberta on Dannielle’s social media. There could be several explanations for this. It could be in their contract with TLC or the Merrifields could have encountered trouble in paradise.

Surprisingly, the Merrifield drama doesn’t stop there. In February 2014, the couple files for Chapter 7 bankruptcy in Wisconsin, according to court records dug up by Starcasm. From the court records, it appears that between about $114k in student loan debt and some other debt, they had liabilities over $150,000 at the time of this filing. Shortly thereafter, they move to Colorado where they currently reside.

The Starcasm report takes Seeking Sister Wife fans back to 2016 to reveal some more court filings involving the Merrifields. In September 2016, law enforcement charges Dannielle with driving under the influence (DUI). While that is shocking as it is, there is more unfortunate news about this September 2016 incident. Other charges stemming from this incident include misdemeanor child abuse with no injury and a lane usage violation. Assumably, to get the misdemeanor child abuse charge, that means a child had to be present with her at the time of the incident.

By November 2016 Dannielle Merrifield reaches a deal that results in dismissal of the child abuse and lane change violation. As for the DUI charge, court records indicate that she goes on probation. After a little over a  year, the successful completion of probation dismisses the DUI charge.

However, the Merrifields legal drama doesn’t stop there. Taking it way back to 2003, court records indicate that Garrick was charged with felony reckless driving in January. In Colorado, “anything more than 25 mph over the speed limit can qualify as reckless driving, an unclassified felony,” according to Starcasm. Consequently, Garrick is pulled over for allegedly going 91 MPH in an MPH zone. Not only that, a corresponding ticket indicates that he wasn’t wearing his seatbelt. Luckily for him, a few months later, he is found guilty of speeding, instead of reckless driving.