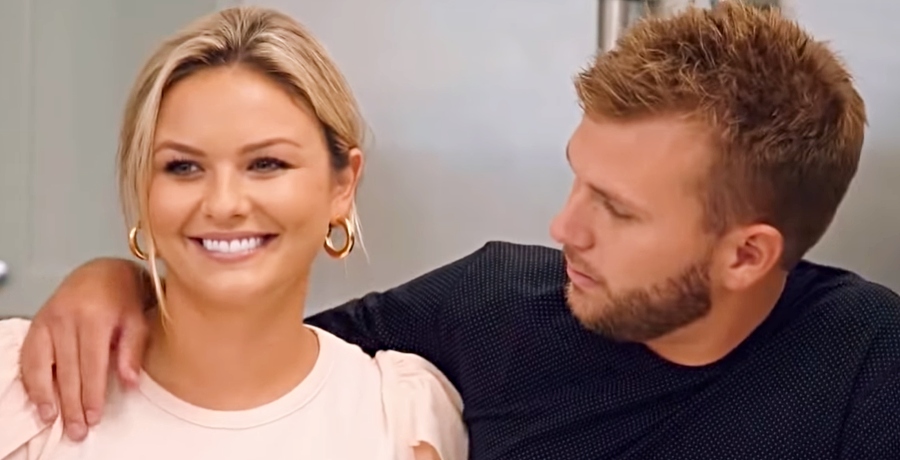 Fans have obsessed over a potential engagement between Emmy Medders and Chase Chrisley for a period of time now. This all started when fans spotted a ring on her finger. A ring Chase Chrisley later debunked as NOT being an engagement ring. Chase and Emmy explained it was just a family ring. Chrisley Knows Best fans were just reading too much into a piece of jewelry. But, a photo uploaded by Emmy Medders on Instagram today has stirred fans up once again. Has it finally happened? Did she just confirm her engagement with Chase Chrisley? Fans seem to think so.

Keep reading to see what fans are thinking. And, what photo has fans convinced the engagement rumors are not really rumors.

Emmy Medders posted a photo on Instagram a few hours ago of her and Chase showing a little PDA. The adorable lovebirds were sharing a sweet kiss underneath umbrellas. They were having a picnic in the rain. Those who watched the Season 8 Finale of Chrisley Knows Best would have instantly recognized the picture. This was Chase finally having success at apologizing to his girlfriend for standing her up.

Chase Chrisley admits he’s not good at apologizing. Nor is he great with women. And, it is largely because he is convinced he’s “perfect.” His entire family as well as his girlfriend Emmy was quick to dial back that ego. By the end of the Season 8 Finale, he did successfully make up for being a jerk to his girlfriend. Sounds like he’s no longer in the dog house.

The sweet photo featured herself and Chase in that scene. Grabbing a sweet kiss. This photo (which you can check out below) is what has fans swooning on social media. 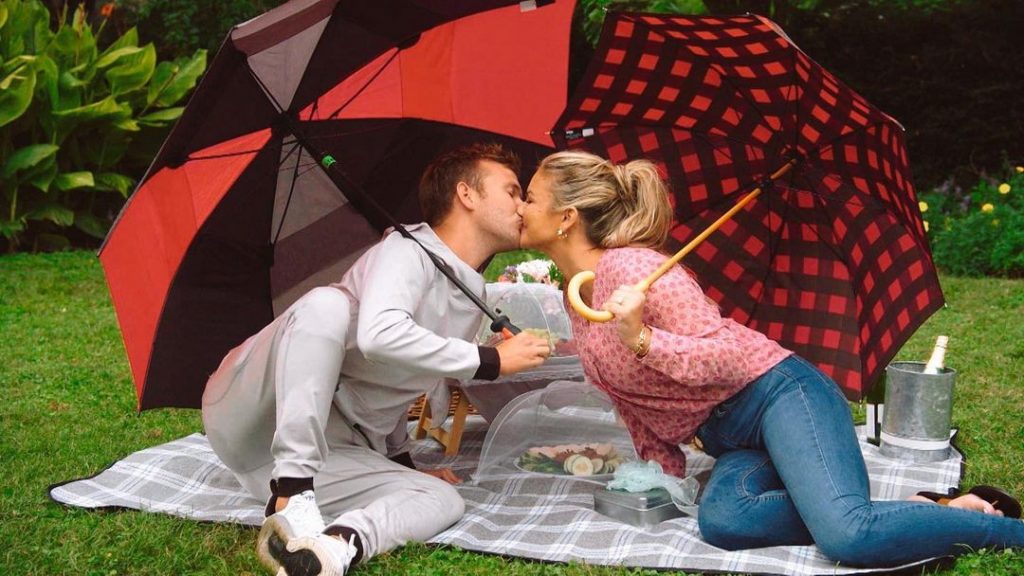 What is it about this sweet photo of the lovebirds that has fans swooning? Well, it’s mostly the same thing as before. Zoom in on her hand and get a closer look. Here, we will help you out:

Is that an engagement ring on Emmy Medders’ hand? Chrisley Knows Best fans certainly seem to think so.

Here’s what fans are saying

As we’ve previously reported, fans are here for this couple. They think Emmy looks like a younger version of Chase’s mother Julie. They think they would make adorable babies together.

“This the cutest pic😍 Love you all together!!! Is that a ring?!?🤩💍🥰” One follower penned in a comment liked over a dozen times.

Another follower asked: “Who all zoomed in on the picture?!”

“Who else also went back to see her wearing a ring on her left hand in previous pictures?! 😅” A third chimed in.

Many others called attention to the ring on her finger. Some even boldly declared they must be engaged. There were even a few who mentioned she really does remind them of Julie Chrisley.

Did Emmy Medders Forgive Chase During The Season 8 Finale?

It goes without saying most will be devastated if something happens to this adorable couple.

Now, not everyone thinks Emmy and Chase are ready for engagement. In fact, Julie Chrisley admitted she doesn’t want Chase to get engaged just yet. During an interview, she explained she just doesn’t think he’s mature enough to take that step in life. She and Todd, however, seem to really like Emmy.

Unfortunately, Emmy Medders was quick to shut down engagement rumors again. She responded to one of the comments explaining the ring.

“It’s a ring my grandmother passed down to me 🥰 I wear it everyday and never take it off!” Emmy explains.

Turns out, this is the same ring that caused confusion before. It’s a family ring. And, it means a great deal to Emmy. So, Chrisley fans once again just read too much into the same piece of jewelry. 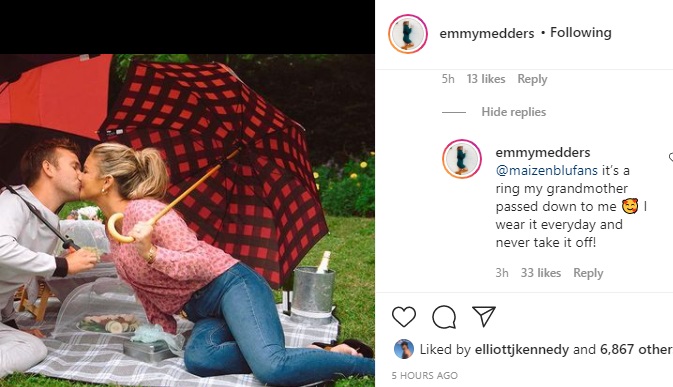 Chrisley Knows Best fans pressed for more information. They asked why she wore the ring on her wedding ring finger. Couldn’t she wear it on her other hand or a different finger? Others chimed in wanting to know the answer to this question. It has only been a few hours, but she’s yet to respond.

Do you think Emmy and Chase make a cute couple? Do you want to see them get married one day? Share your thoughts in the comments.