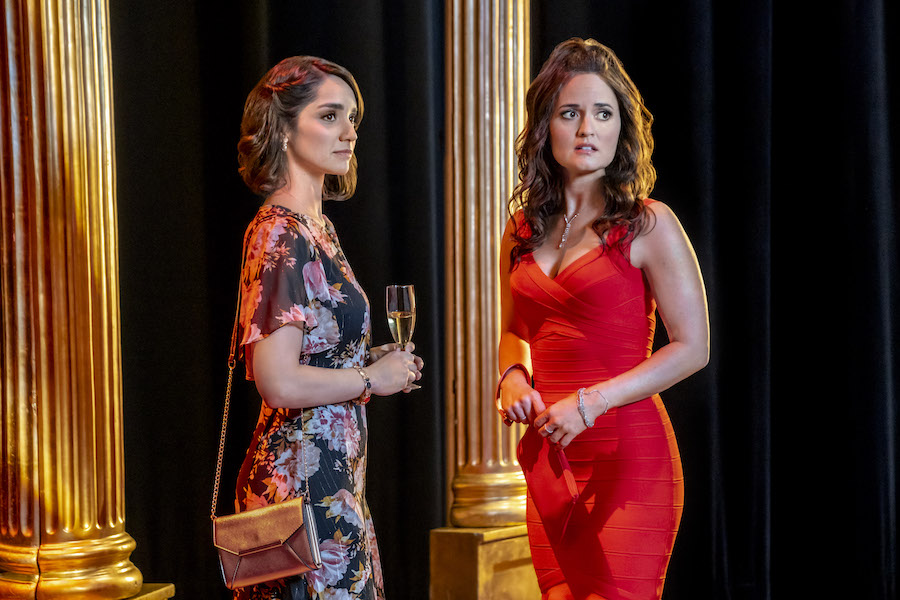 What Is Hallmark’s Matchmaker Mysteries: The Art of the Kill About?

Angie and Kyle are back together again. Will there be more romantic sparks? There doesn’t look to be that much time with another murder! According to the Hallmark press release, celebrity matchmaker-turned amateur sleuth Angie Dove (McKellar) finds herself in the middle of another murder. Coincidentally, this murder is at the same museum where her father, retired police detective Nick Columba (Boxleitner) is working a petty theft case.

As always, she uses her keen observational skills and ability to observe human behavior. Can Angie help unearth the truth and lead Detective Carter to the culprit?

When Can You Watch Matchmaker Mysteries: The Art of the Kill?

Veteran actor Bruce Boxleitner stars in not one, but two Hallmark mystery series. Besides playing Angie Dove’s dad, Nick Columba, he is also on the Gourmet Detective. In that show, he plays Henry’s (Dylan Neal) dad, Jim Ross. Turns out, Neal and Boxleitner have previously worked together. Both starred on Hallmark’s previous series, Cedar Cove.

Although the Tron actor is now known for acting in Hallmark mysteries, he is well known for portraying cowboys. He was in How The West Was Won, as well as Gunsmoke. According to IMDb, in 2012, he  was inducted into the Hall of Great Western Performers at the National Cowboy and Western Heritage Museum in Oklahoma City. In addition, he is a two-time recipient of the Wrangler Award.

Four years ago, Victor Webster and Shantel VanSanten starred in Hallmark’s Love Blossoms. In the romantic movie, she needs a new fragrance for her late father’s struggling company. He is the guy with the impeccable nose. On and off the screen, sparks flew. Moreover, back in February, Victor and Shantel announced their engagement.

Most of all, this all happened while filming Matchmaker Mysteries: The Art of the Kill. Pretty fun!

Moreover, don’t miss the premiere of Hallmark’s Matchmaker Mysteries: The Art of the Kill, on Sunday, April 18, at 8 p.m. Eastern, on HMM.

Note: The title of the film was corrected from A Fatal Romance to The Art of the Kill.